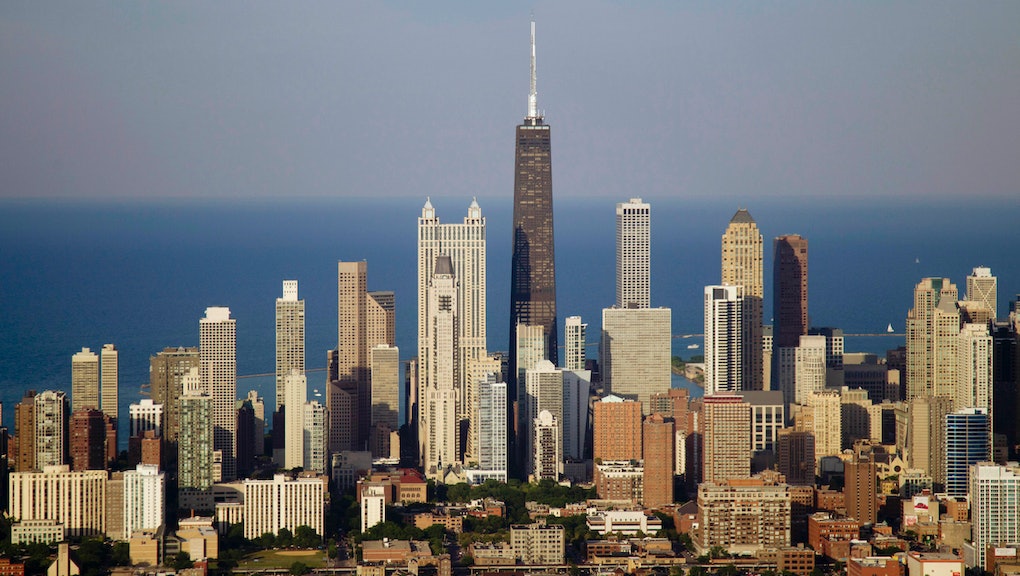 There’s a big gender gap in architecture but we never talk about it, even though it has an impact on every building, cityscape and urban space we inhabit.

But now, there’s an under-the-radar movement of powerful female architects who are changing the way things get done. They’re challenging norms within the profession, developing new networks and building a different kind of industry — one that better reflects the communities it serves and represents a more diverse approach to what constitutes a great city.

The gender gap among architects is bigger than the one you’d find at many tech companies like ebay, Twitter and Google, yet we talk about it far less. Only 17% of the members of the American Institute of Architecture (AIA) are women, up from 9% in 2000, and only about 17% of principals and partners at architecture firms are women. But a search for “gender gap in architecture” brings up 225 search results. A similar search for “gender gap in technology” brings up 132,000 results.

"The day I received the license, word spread like wildfire through the AIA,” Sandoval told Mic in an interview (pictured here). “The outpour of inspiration from across the country was so gratifying!”

It’s a powerful trend given the incredible additions female architects are making to our landscapes. Today, one’s able to rattle off names like Zaha Hadid, Kazuyo Sejima, Maya Lin, Jeanne Gang, Michelle Kaufmann and others, who have designed some incredibly innovative spaces around the world and are now getting the recognition they deserve. The Pritzker Prize, another well-known award for architecture, has been awarded to a woman several times since 2005. This year was the first time that a woman, Julia Morgan, received the AIA’s gold medal award for achievements in architecture.

“I think my generation has benefited greatly from the female pioneers in our profession,” said Sandoval, who will be joining the studio of Diller Scofidio + Renfro in September. “Unlike decades before, I know that it’s possible to be at the top — it’s just a matter of getting there.”

Image credit: Rosannah Sandoval, courtesy of Perkins + Will. Sandoval was one of the designers for a new land port of entry in Calexico, CA.

There are many structural issues that women (and men to a degree) encounter in the profession, from work-life balance, to childcare, to cost of education and others, but now there’s a movement to address them. The AIA and The Missing 32% Project, an organization based out of San Francisco whose mission is to ensure that “the architectural profession [reflects] the diversity of the communities, users, or clients it serves,” are teaming up to do a comprehensive survey on the issue of gender and diversity and architecture to better diagnose and address the issues and build a more inclusive profession. The results are due out in October.

It’s great news for our cities. Greater diversity in the profession leads to a broader understanding of how to approach design and ultimately affects the spaces we inhabit.

“It’s important to involve many sensibilities [in architecture so there’s] a much wider spectrum of what constitutes a good city,” says Eva Franch i Gilabert, the executive director of the Storefront for Art and Architecture in New York.

As the profession is transformed, thanks to the pioneering work of Sandoval and many others, so too will the cityscapes of the future — for the good of us all.