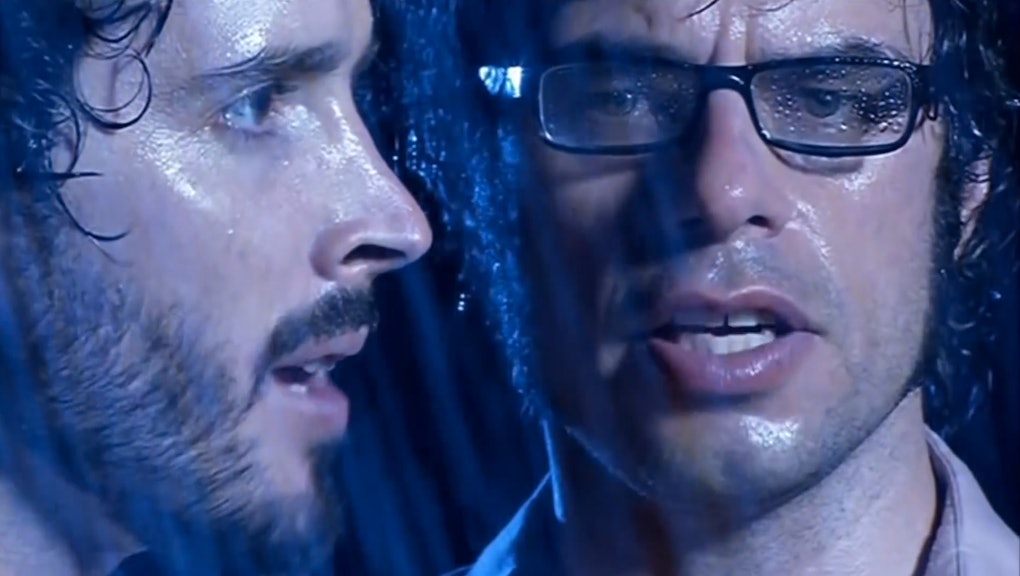 7 Reasons 'Flight of the Conchords' Should Un-Cancel Their Reunion

On Tuesday afternoon, Complex nearly gave the entire Western Hemisphere a heart attack. Aggregating the Guardian's interview with Flight of the Conchords star Jemaine Clement under the headline "'Flight of the Conchords' Returning to HBO for Four Episode Encore" — apparently based on the quote "HBO have commissioned a new, four-episode comedy show from Clement" — the site, among others, gave the Internet the news nobody realized we were all waiting for.

Unfortunately "comedy show" ≠ "Flight of the Conchords," and Clement was referencing a different forthcoming comedy series on HBO. What a hilarious misunderstanding.

Clement took to Twitter Tuesday evening to dispel the rumor before it festered. It was the logical move, but sadly for Clement, logic and social media don't mix. A glance at Twitter still, two days later, reveals droves of 'Chords fans either miffed by the mix-up or elated by the "reunion," still unaware of the mix-up. Even after the announcement, the reunion was trending heavily on Facebook. The result is a fresh demand for a Conchords reunion, and while it may be a fool's errand, we'd like to throw our hat in the ring. Here are seven reasons the music business — and world — would be better off if the 'Chords reunited.

1. Television is experiencing a golden age. Music is not.

When Time Warner chief Jeff Bewkes broke out HBO's numbers back in February, the channel was sitting pretty at 43 million U.S. subscribers. Based on the average subscription price of $16/month, that means America is pumping $172 million per week into HBO.

Now compare that to the 4 million records sold domestically last week — the worst sales week in measured industry history. If the average record costs $10 on iTunes, that means Americans are spending $168 million more per week on a single cable channel than they are on recorded music as a whole.

Which is to say: Some crossover appeal between TV and music might help, whether it comes in the form of a 12-ep series or the Conchords' live HBO special.

2. They were the last actual musicians to win the Best Comedy Album Grammy.

Since their win in 2008, we've had George Carlin, Stephen Colbert, Lewis Black, Louis C.K., Jimmy Fallon and Kathy Griffin — all amazing, but all monotonous.

The 'Chords' 2012 single benefitting Cure Kids was, to say the least, much funnier than watching a bunch of people you knew in high school pour water over their heads.

After releasing eight music videos on YouTube over the course of eight days back in July, Weird Al Yankovic's 14th studio album Mandatory Fun debuted at number one on the Billboard Hot 200 — Yankovic's first-ever chart-topper in his 30-year career.

The success is, of course, Weird Al's to own, but it was likely helped by the fact that comedy begs to be shared. There's a hungry market for funny tunes online — one the Conchords recently owned.

5. There are still issues.

And we need to think about them.

... and the iCloud hack and the Snapchat leak and the Target theft and the murky drone strikes and every other hideous tech disaster in the past five years.

Well, maybe not exactly, but they got the gist about right.

And if any band's going to make it out of the Spotify era, it'll be the ones who cut their Murrays loose.