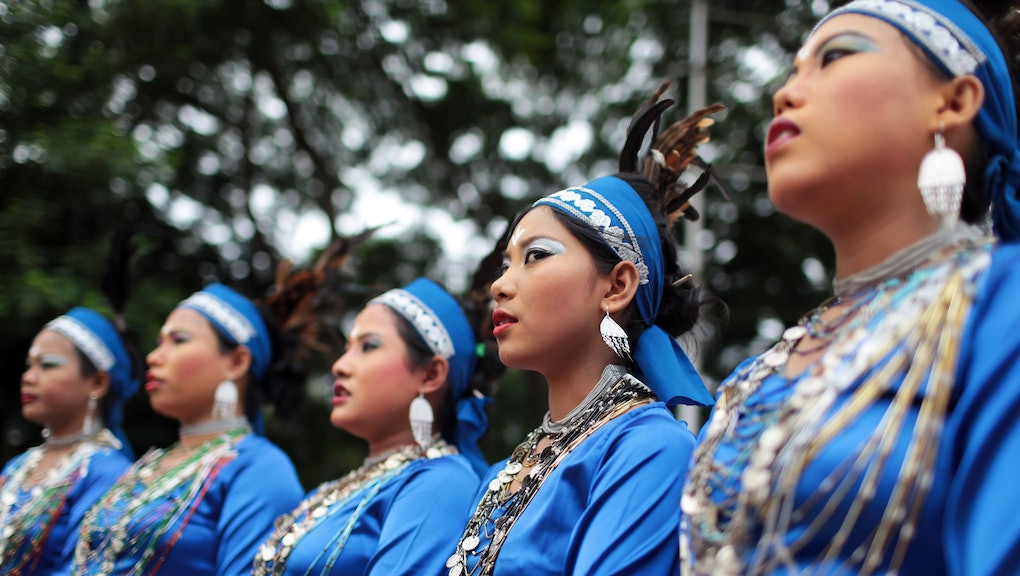 Cambridge Studied the Future of the World's Languages, and the Results Are Alarming

The news: There are currently 7,000 languages spoken around the world, with one dying off about every two weeks. Now researchers say that 25% of the world's languages face extinction in the next few decades, and there's a surprising reason behind it — economic development.

In a new study published Wednesday in the Proceedings of Royal Society B, Tatsuya Amano, a conservation scientist at Cambridge University, took the ecological tracking methods used for endangered species and applied them to languages. Using this methodology, his team identified hotspots where languages were in danger of disappearing, just like animal species are.

What he found was surprising: "Both are seriously threatened, and the distribution of linguistic and biological diversity is very similar," Amano told Live Science. "Of course languages and species are fundamentally different in many aspects, but I thought I might be able to contribute to this urgent problem — language endangerment — using what I have learnt."

But why exactly? In a word, globalization.

The study's most notable discovery is that the hotspots of language endangerment were concentrated around specific areas: those that are already developed, and those that are currently undergoing rapid economic development.

"We found that at the global scale, language speaker declines are strongly linked to economic growth — that is, declines are particularly occurring in economically developed regions," Amano said.

Why this is happening: While the Cambridge study did not go into details to analyze the trend, Amano posited that in a globalized economy, people might find it more useful to learn a "useful" language such as English and Mandarin Chinese — which means less care and attention are being spent on passing down little-spoken languages, such as indigenous dialects.

"As economies develop, one language often comes to dominate a nation's political and economic spheres," Amano explained to Al Jazeera. "People are forced to adopt the dominant language or risk being left out in the cold — economically and politically."

There are of course other sociocultural factors to consider, such as systemic erasure of indigenous languages under colonization. But the overwhelming trend seems to be that when a region opens itself up for global commerce, it inadvertently makes its own languages unattractive in comparison.

Why this matters: Language endangerment has serious repercussions.

"As indigenous languages die, so too do integral parts of indigenous people's cultures," UN Deputy Head of Humanitarian Affairs Kyung-wha Kang said in a statement. "Without the appropriate linguistic terminology available to express indigenous philosophies and concepts, indigenous peoples lose some of their ability to accurately define themselves in accordance with their traditions and to convey these traditions to future generations."

The result is effectively a form of cultural extinction. So while learning commonly-spoken languages might make you more competitive in a globalized market, keep in mind that millennia of human language and culture might be endangered in the process.