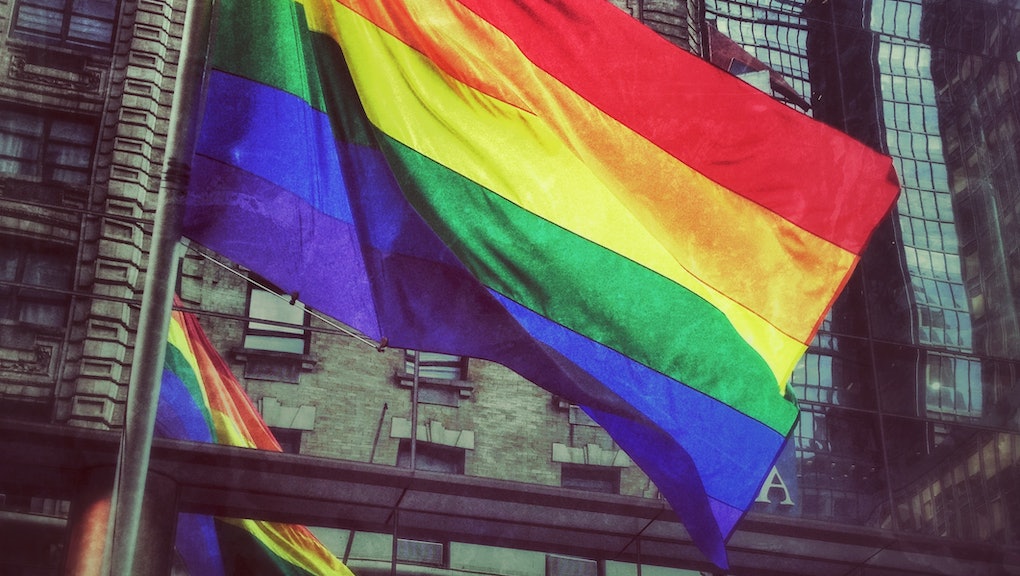 The news: It's 2014, and gay conversion therapy is still a real thing — although the legal tides are slowly but surely changing.

Last week, a federal appeals court upheld New Jersey's ban on the controversial practice. The measure was signed into law by New Jersey Gov. Chris Christie in 2013, making the state one of only two in the U.S. — the other being California — with such a law.

Despite a group of licensed therapists and Christian counselors arguing that the ban was a violation of their free speech and religious rights, the Third Circuit Court of Appeals court ruled in a unanimous vote that the law protected minors from harmful, ineffective treatment.

Legislators may "rely on the empirical judgment of independent professional organizations that possess specialized knowledge and experience ... particularly when this community has spoken with such urgency and solidarity," Judge D. Brooks Smith wrote in the court's decision.

Why is this ruling so important? The questionable, dangerous nature of gay conversion therapy has been the position of the American Psychiatric Association for years:

The terms reparative therapy and sexual orientation conversion therapy refer to counseling and psychotherapy aimed at eliminating or suppressing homosexuality. The most important fact about these "therapies" is that they are based on a view of homosexuality that has been rejected by all the major mental health professions. The Diagnostic and Statistical Manual of Mental Disorders, published by the American Psychiatric Association, which defines the standards of the field, does not include homosexuality. All other major health professional organizations have supported the American Psychiatric Association in its declassification of homosexuality as a mental disorder in 1973.

While the appeals court's decision to uphold the ban is good news for New Jersey's LGBT community, there are legal ramifications for the rest of the country. As Slate points out, previous court rulings to uphold the ban did so by arguing that therapy is not protected by constitutional free speech. But what the new ruling has done is to maintain that while therapy can count as a form of speech, therapists' rights do not supersede the state's interest in protecting its people.

By predicating the decision on state interest and not on a legal quibble, the appeals court has taken a stance on the very legitimacy of gay conversion therapy, setting a new tone for the rest of the country.

So what does this mean for other states? While the plaintiffs on the New Jersey case have threatened to take the case to the Supreme Court, other state-level challenges to the gay conversion therapy are already set to go, as illustrated in the map above.

"There could be one or maybe even two coming down the pike," Samantha Ames, a staff attorney at the National Center for Lesbian Rights, told BuzzFeed. "What we're really going to be seeing is an explosion of these bills in January. Even if you're not paying attention, you're going to see another story every day about somebody else introducing a bill."

Hopefully, these legal victories will serve as stepping stones for the rest of the country to take a stance against gay conversion therapy.