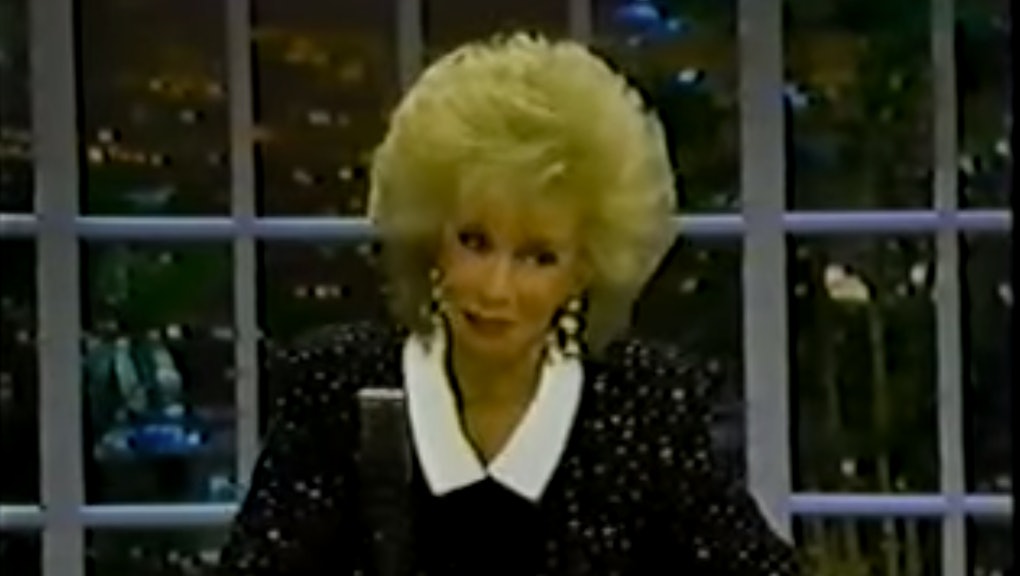 Joan Rivers died on Thursday, leaving behind an incredible 50-year legacy in comedy. From stand-up performances, to films, to Tony nominations and weekly television shows, Rivers worked tirelessly for over half a century. Back in 1986, she also blazed a path for women in television, becoming the first female host of a network television late show.

After three years as the permanent guest host for Johnny Carson on The Tonight Show, Rivers hosted her own show in the late night slot: The Late Show Starring Joan Rivers. The show only lasted for one season, and was tinged with controversy. It ended her friendship with Carson as it put her in direct ratings conflict with him, and its cancellation has been partially blamed for her husband's suicide. Rivers spoke to the Daily Beast about how the show affected her personal life and her relationship with Carson, saying, "It was terrible. He saw me as a rival and I never heard from him again, not even after Edgar [her husband] killed himself. When his son died, I sent a note saying how sorry I was and I heard nothing, it was like spitting in the wind."

The first episode showcases Rivers' iconic sense of humor (watered down for network) and signature voice. It also foreshadows many of the bits and tropes on late night shows today.  Her guests on the premiere episode were David Lee Roth, Pee Wee Herman, Elton John and Cher.

Thirty years later, Rivers remains one of the only female late-night host (another noteworthy host includes Chelsea Handler, who until recently hosted Chelsea Lately on E!). Rivers will be remembered for many reasons. Her role as first woman of late night is just one of them, but a crucial one nonetheless.

Would she ever return to late night? Asked Tim Teeman at the Daily Beast. Only if it was in the "late-late-late slot" between 3 and 4 a.m. she replied. "I'd call it, Nobody's Watching At That Time, So Go Fuck Yourselves."

CORRECTION: This story previously noted that Rivers was the only woman to have hosted a network late night talk show. Wanda Sykes hosted a short-lived program, "The Wanda Sykes Show," on Fox in 2010.