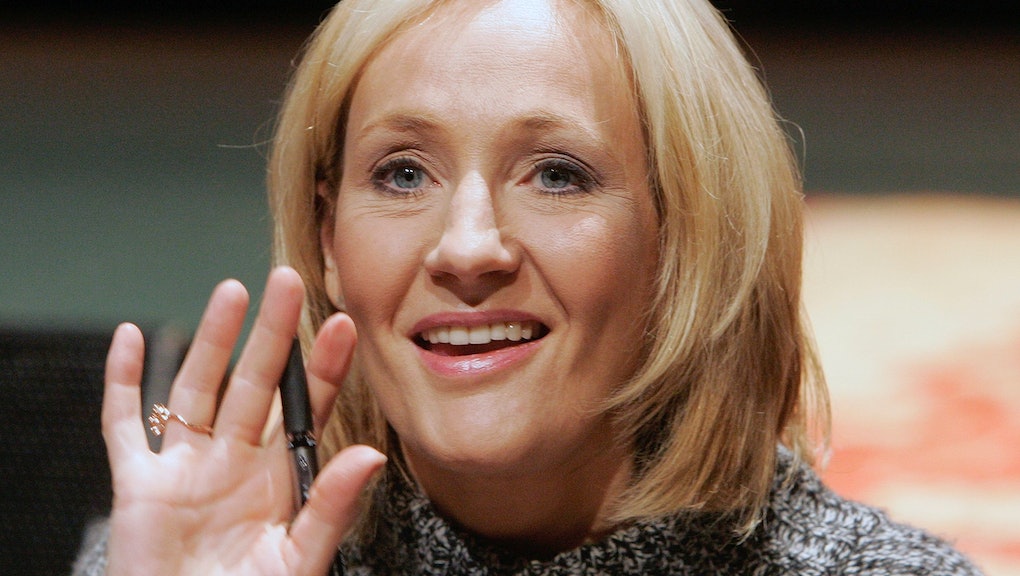 J.K. Rowling Had The Perfect Response To a Twitter Troll's Disgusting Homophobia

The Harry Potter author recently received the following tweet about Albus Dumbledore, a central character in her bestselling series whom she revealed in 2007 is gay:

Then, in a move that made thousands want to high-five the computer screen, she responded perfectly:

Brian Souter is a millionaire businessman from Scotland. In 2000, he agreed to donate 1 million pounds to fund a campaign to fight the prohibition of Section 28, which forbade the promotion of homosexuality in schools. More recently, he donated 1 million pounds to the Scottish Nationalist Party, which has continually voiced its opposition to gay marriage.

Nailed it. Rowling is a rare creature in the Twittersphere, and has tweeted only 131 times despite having been a member since 2009. For her to respond at all — let alone in such an amazing way — is a testament to her desire to combat hatred like this.

When she revealed the Dumbledore's character was gay, she said, "If I had known this would have made you [the audience] this happy, I would have announced it years ago." In a 2008 interview, she responded to critics by saying, "It is a very interesting question because I think homophobia is a fear of people loving, more than it is of the sexual act."