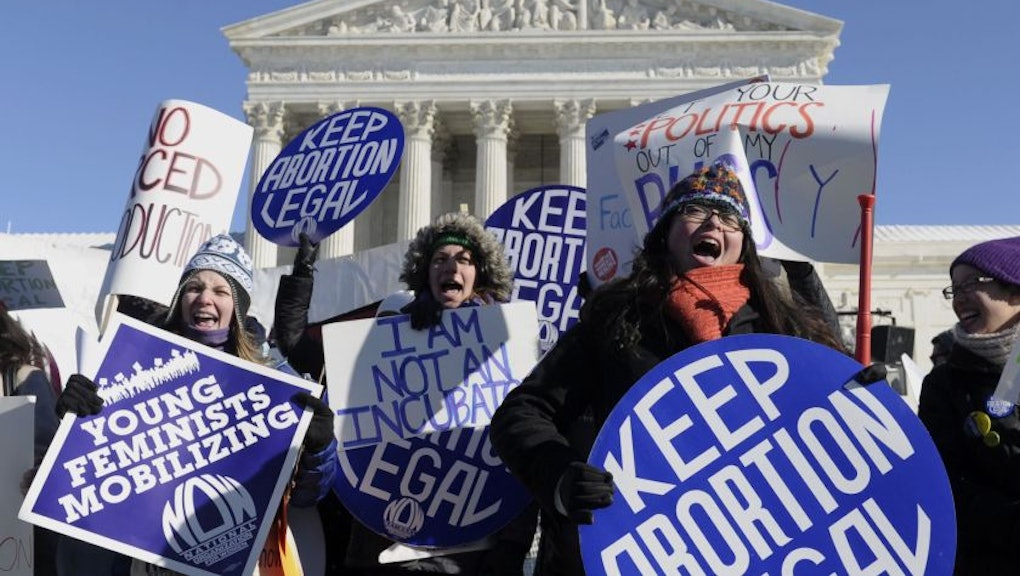 The news: Jennifer Ann Whalen, a single mom in Pennsylvania, had a serious problem: Her 16-year-old daughter was pregnant and didn't want to have a baby. But the nearest abortion clinic was 74 miles away, and her daughter didn't have health insurance that would cover an abortion in a hospital. So Whalen found a solution: She ordered abortifacient pills online from Europe and gave them to her daughter.

Soon afterward, Whalen's daughter experienced cramping and bleeding and had to be treated at the hospital. As for Whalen, she was sentenced to 12 to 18 months in prison, as well as $1,000 in fines and 40 hours of community service.

How did it come to this? To be clear, what Whalen did was both illegal and dangerous. The drugs she ordered, Misoprostol and Mifepristone, require prescriptions and supervision by a doctor; Whalen's daughter had neither. There was also no way to determine the quality of the pills nor the legitimacy of the company selling them.

But leaving aside Whalen's lack of judgment, the more disturbing, underlying issue here is that she was desperate enough to resort to such means — and looking at Pennsylvania's abortion landscape, it's easy to see why. While it cannot ban abortions outright, Pennsylvania, like so many other states, has been steadily passing legislation designed specifically to make abortions harder to access.

How bad is the situation? According to the Guttmacher Institute, there are no abortion clinics in 87% of the counties in Pennsylvania, depriving half the state's female population of access to such facilities.

The women of Pennsylvania aren't alone in their lack of access as abortion restrictions increase rapidly. By 2008, the number of abortion providers in the United States had fallen to 1,793, 38% down from its 1982 peak. And across the country, 30 states passed 135 laws restricting abortion in the two years prior to 2013. Bloomberg Businessweek put together a fantastic graphic tracking these new laws.

Stories like Whalen's aren't proof that abortions are immoral or dangerous. They are proof of what happens when women don't have easy access to safe, legal abortions. And until this is guaranteed to every woman in America, these stories won't stop.