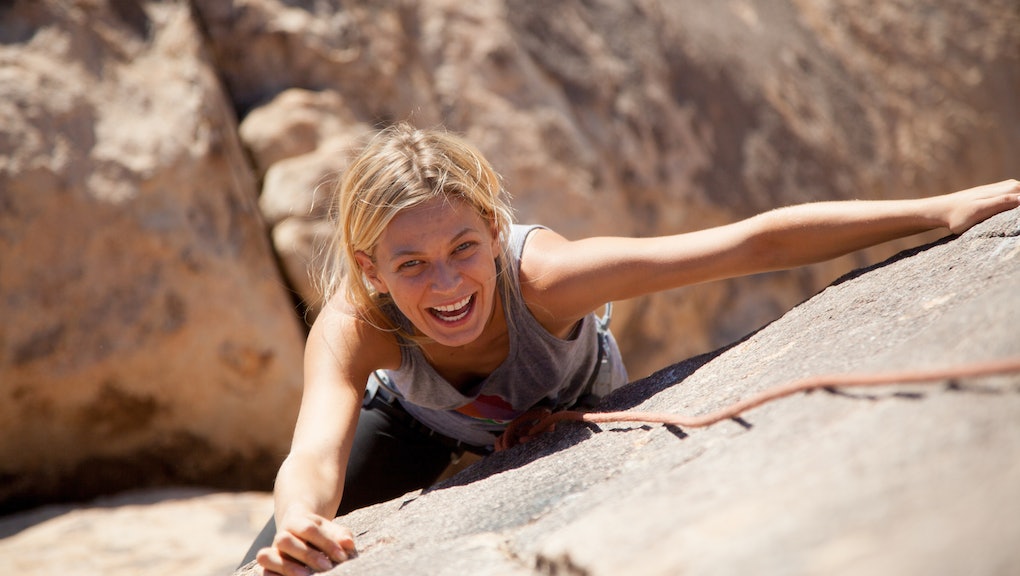 Behold The 10 Most Heart-Stopping Mountain Climbs

The Secret Life of Walter Mitty may have made us dream about mountainside adventures across the far corners of the world, but Hollywood did a good job of making it look easy for Ben Stiller. There's a reason climbing is not as common as your local YMCA pick-up basketball game. But if you’re in need of a challenge, perhaps the peaks below will offer enough danger for you.

The most famous peak and highest summit in the world remains climbing's ultimate prize, though it boasts just a 56% success rate despite heavy traffic on the mountain. Sadly, the 29,035-foot ascent has become littered with all manners of pollution, including garbage, discarded gear and dead bodies.

The highest peak in Africa and the highest free-standing peak in the world, Kilimanjaro sits among three dormant volcanoes and reaches 19,336 feet, all while being considered one of the most accessible high summits in the world. Aside from the height, the trip to the top features everything from rainforest to glaciers, giving climbers various climates to contend with.

Sitting along the Mongolian border with Russia and China, Mount Khuiten's peak sits at 14,350 feet. Believed to have first been climbed in 1963, the ice-covered mountain is regarded as a basic climb. That's hard to believe since the ascent begins on the longest glacier in Mongolia, the Potanin Glacier.

Perhaps the most challenging of all of the peaks on this list, K2 was conquered this year by the first all-female team, albeit not without some controversy. What makes K2 so challenging? The 28,251-foot climb is in one of the most remote locations on Earth and is surrounded by a glacier. Need more proof? One in 5 climbers have died in their attempt to reach the summit.

In addition to being an old-school ride at Cedar Point, the 14,692-foot mountain sits on the border of Italy and Switzerland in the Alps. Perhaps the most recognizable peak in the world, the Matterhorn claims to be the birthplace of modern climbing. Richard Branson's own son needed to be rescued from the summit after suffering severe altitude sickness while on a fundraising mission, highlighting the danger of even one of the world's most-traveled mountains.

It's not so much the height of any one peak in Joshua Tree National Park, it's the totality of the landscape. There are a whopping 10 peaks over 5,000 feet in the park, all in the middle of 550,000 acres of California desert wilderness. The challenge really comes in the over 400 climbing faces and over 8,000 routes visitors can take advantage of, offering unique tests all over the park.

Located in Denali National Park, Mount McKinley is the opposite of the Joshua Tree. Boasting a peak at 20,320 feet in Alaska, it's the single highest peak in North America. Climbers must register at least 60 days in advance and take an orientation training prior to their ascent, all for a park that has only one access road for visitors.

According the Aztec legend, Iztaccíhuatl was formed when a warrior laid his forbidden love to rest, leading to the nickname of "white woman," which also refers to the mountain's snow-covered peaks. Although the 17,158-foot summit is only 40 miles from Mexico City, Iztaccíhuatl has been the subject of recent volcanic activity in the region.

Allegedly the mountain where Prometheus was bound by Zeus for giving fire to man, the highest peak in Europe has the added danger of being a volcano. The summit sits at 18,510 feet high with a prominence — the total height of the peak — at 15,554 feet. The route itself is considered very easy for a mountain that size, but the snow and high winds cause enough trouble to claim an estimated 30 lives per year. Alex Abramov, a renowned climber who has conquered the highest peak on each continent, even successfully drove a Land Rover all the way up.

The twin peaks are situated in the southern ice field on the Andes Mountains in Patagonia. Cerro Torre sits at 10,262 feet high and wasn't first scaled until 1974. Jon Krakauer mentioned Cerro Torre in his book Into Thin Air, calling it "a frightening, mile-high spike of vertical and overhanging granite called Cerro Torre; buffeted by hundred-knot winds, plastered with frangible atmospheric rime, it was once (though no longer) thought to be the world's hardest mountain." With a peak that looks like this, it's easy to understand where Krakauer was coming from.