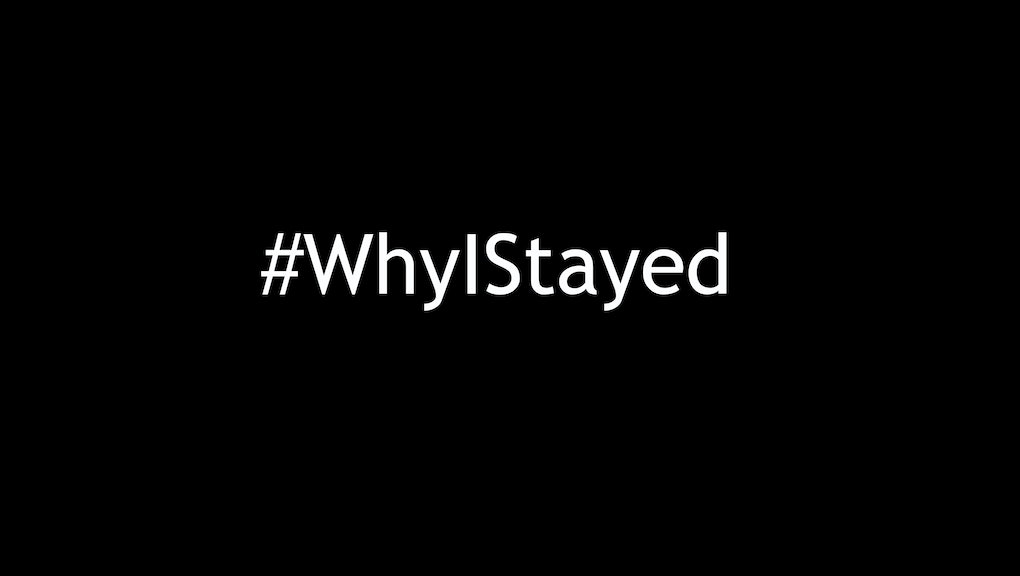 19 #WhyIStayed Tweets That Everyone Needs to See

On Monday morning, TMZ released a damning video of Baltimore Ravens running back Ray Rice's violent attack on his then-fiancée Janay Palmer in February. The brutal video showed Rice knocking Palmer unconscious before dragging her out of an elevator. On Monday afternoon, the Ravens got rid of Rice, and the NFL announced he had been suspended indefinitely.

While many cheered the NFL's move to (finally) punish Rice's vicious behavior, too many media outlets immediately fell into a tired pattern of victim blaming. "Let's not all jump on the bandwagon of demonizing this guy," said Fox News contributor Ben Carson. "He obviously has some real problems, and his wife obviously knows that, because she subsequently married him."

Writer Beverly Gooden had heard enough. "I was watching the responses to the TMZ on my timeline, and I noticed a trend. People were asking 'why did she marry him?' and 'why didn't she leave him,'" Gooden told Mic. "When I saw those tweets, my first reaction was shame. The same shame that I felt back when I was in a violent marriage. It's a sort of guilt that would make me crawl into a shell and remain silent. But today, for a reason I can't explain, I'd had enough. I knew I had an answer to everyone's question of why victims of violence stay. I can't speak for Janay Rice, I can only speak for me."

Gooden decided to change the conversation. She called on her followers to share their stories of domestic abuse with the hashtag #WhyIStayed in an effort to draw awareness to the complexities of domestic violence.

Domestic violence isn't a rare phenomenon in America. According to the National Coalition Against Domestic Violence, an estimated 1.3 million women are victims of physical assault by an intimate partner each year, and 1 in every 4 women will experience domestic violence in her lifetime.