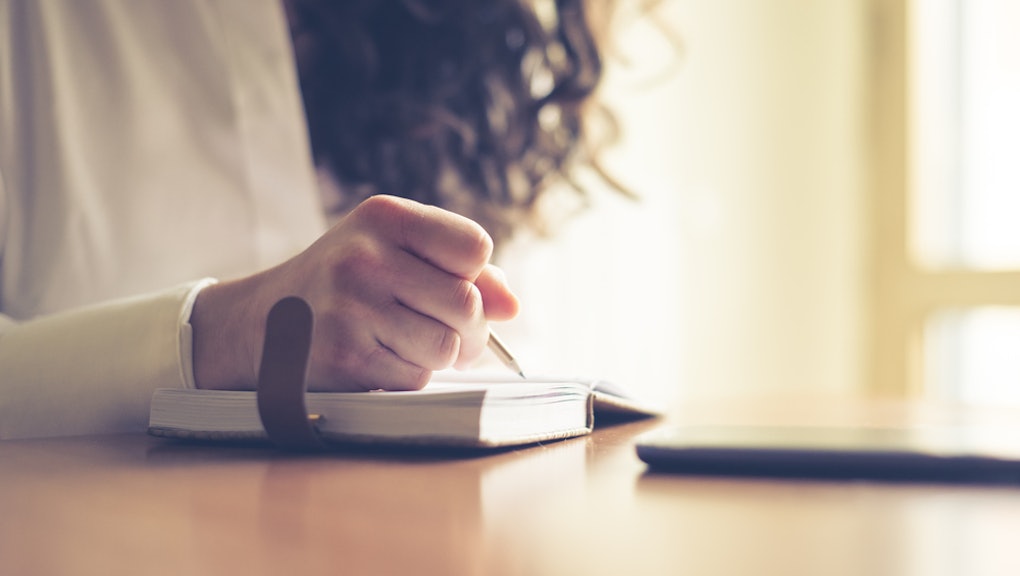 Science Shows Something Surprising About People Who Love to Write

The benefits of writing go far beyond building up your vocabulary.

No matter the quality of your prose, the act of writing itself leads to strong physical and mental health benefits, like long-term improvements in mood, stress levels and depressive symptoms. In a 2005 study on the emotional and physical health benefits of expressive writing, researchers found that just 15 to 20 minutes of writing three to five times over the course of the four-month study was enough to make a difference.

By writing about traumatic, stressful or emotional events, participants were significantly more likely to have fewer illnesses and be less affected by trauma. Participants ultimately spent less time in the hospital, enjoyed lower blood pressure and had better liver functionality than their counterparts.

It turns out writing can make physical wounds heal faster as well. In 2013, New Zealand researchers monitored the recovery of wounds from medically necessary biopsies on 49 healthy adults. The adults wrote about their thoughts and feelings for just 20 minutes, three days in a row, two weeks before the biopsy. Eleven days later, 76% of the group that wrote had fully healed. Fifty-eight percent of the control group had not recovered. The study concluded that writing about distressing events helped participants make sense of the events and reduce distress.

So what is it about writing that makes it so great for you?

James W. Pennebaker has been conducting research on writing to heal for years at the University of Texas at Austin. "When people are given the opportunity to write about emotional upheavals, they often experience improved health," Pennebaker writes. "They go to the doctor less. They have changes in immune function."

Why? Pennebaker believes this act of expressive writing allows people to take a step back and evaluate their lives. Instead of obsessing unhealthily over an event, they can focus on moving forward. By doing so, stress levels go down and health correspondingly goes up.

You don't have to be a serious novelist or constantly reflecting on your life's most traumatic moments to get these great benefits. Even blogging or journaling is enough to see results. One study found that blogging might trigger dopamine release, similar to the effect from running or listening to music.

From long-term health improvements to short-term benefits like sleeping better, it's official: Writers are doing something right.