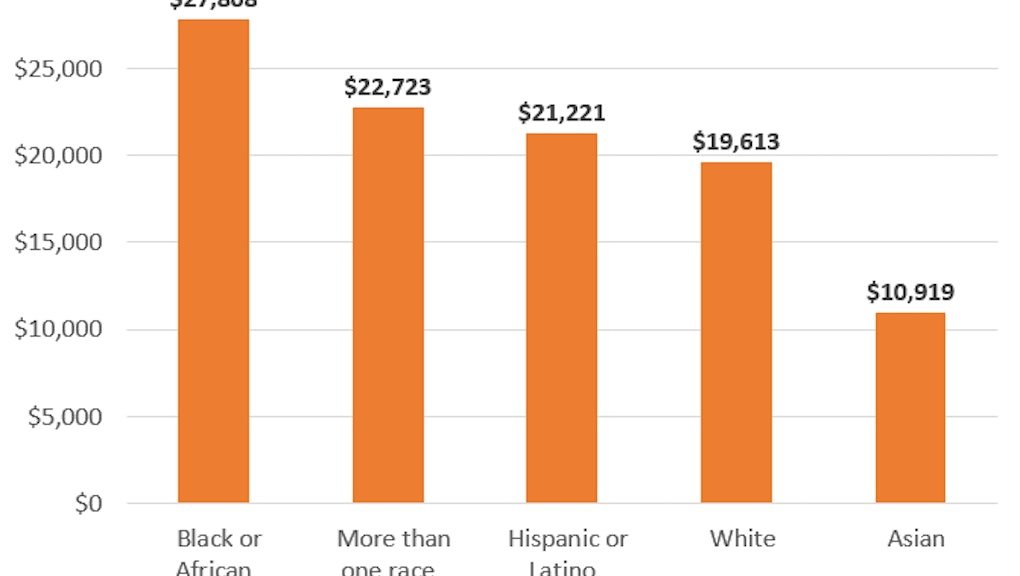 Why Student Debt Is a Race Issue, in 4 Charts

That 29.5% differential is huge — and not only in its translation to dollars. It proves that while college is often touted as an equalizer for society, our education system seems to be reinforcing racial inequality rather than fighting it.

The chart below highlights the trend.

It's not African-American students' fault. On average, they're spending the most hours each week working in a part-time or work-study position while enrolled in school.

The solution may lie in the policymakers.

One way to help African-American students, and to restore our education system as an equalizer, is to increase grant aid to them.

Here's the breakdown of annual grant aid to students who graduated in 2012. This includes federal, state, and institutional aid sources.

African-Americans receive almost $750 per-person more than whites. But this amount pales in comparison to their huge disadvantage in average parental income.

America's education policies end up saddling the most disadvantaged college students with the most debt. Increasing grant aid to African-American students would decrease their outsized student loan burden and better equip them to improve their economic circumstances after graduation.

Lawmakers often cite education as the panacea to inequality. But for that to be a reality, they need to recognize that disadvantaged students need more aid to defray the exploding costs of college.

Note on methodology: Data in the charts above are for students enrolled in bachelors degree programs who completed their degree in 2012, the most recent year available in the NPSAS survey. The survey incorporates approximately 95,000 respondents.