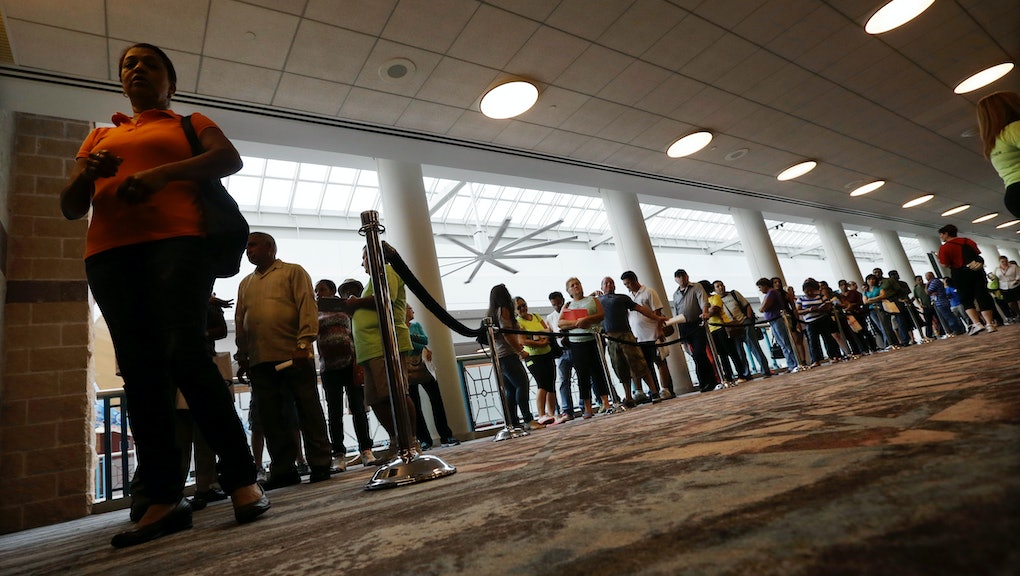 The Economy Isn't Getting Any Better for Minority Families

The good news? Many people are recovering from the recession. The bad news? The economy is in much worse shape for minorities.

That comes from a new report by the Federal Reserve Board, which shows that white, non-Hispanic families have seen an increase in net worth and mean income from 2010 to 2013. (Median income for these families dropped by 1% over that timeframe.)

Minority families, though, tended to be in much worse shape in 2013 than in 2010. Median income dropped 9%, with median net worth falling a full 17%.

Take a look at the numbers, courtesy of National Journal:

The report notes that attaining education, which is interrelated with race and income, was positively associated with improved economic conditions from 2010 to 2013. Households with a high school diploma or less saw median income shrink by between 6% and 9%, whereas the median income of those with a college degree increased by 1%.

The differences in recovery were also vast when looking at the country's highest earners. While middle- and upper middle-income families saw no real change from 2010 to 2013, the report says, "only families at the very top of the income distribution saw widespread income gains."

So keep that in mind as the state of the economy is discussed heading into November's midterm elections. The recovery has a face — and it's the face of a rich, college-educated white guy.