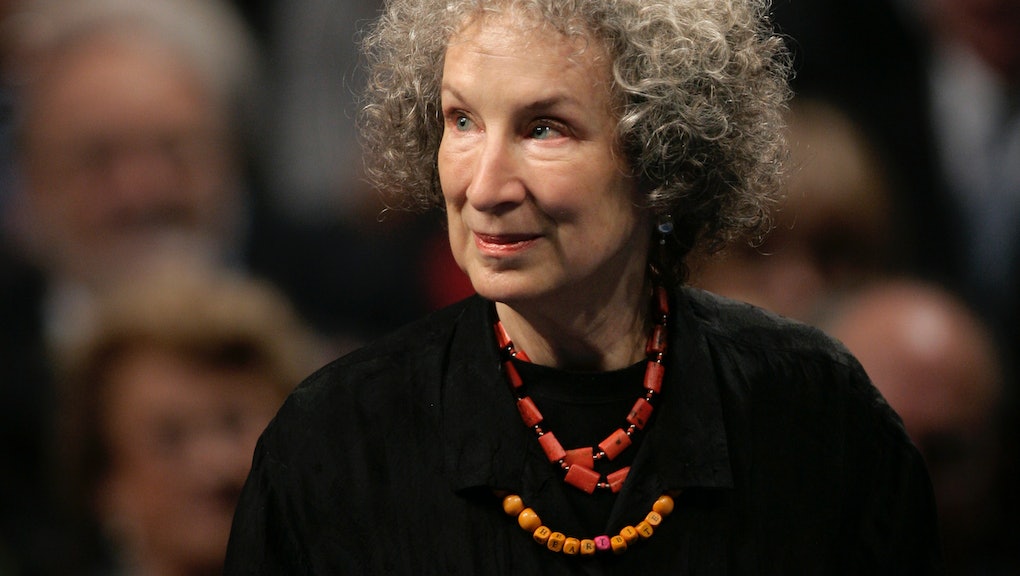 Margaret Atwood has just started writing a brand-new book, but you'll never read it. Not unless you live unnaturally long — the book won't be released until 2114.

The novel is part of a revolutionary new project created by Scottish artist Katie Paterson called Future Library. The project involves 1,000 trees planted outside Oslo that will grow into a forest and be cut down to print 100 books; one book to be written every year from 2014 until 2114.

As they are completed, the books will be held in a time capsule of sorts in the Oslo Public Library, along with the names of each committee-selected novelist. No one will be able to the access the books until the time of release.

As of last week, Atwood is the first confirmed contributor, but with a Man Booker Prize-winning novelist kicking off the lineup, it's a pretty safe bet that other interesting and high-profile writers will join the ranks.

Paterson, the mind behind the project, is known for her works that explore nature, ecology and cosmology. She is also a collaborator with many different bodies in her previous work: firework manufacturers, geneticists, jewelers. With that in mind, collaborating to plant a forest, build a library and likely die before her own commission is over feels fitting for the award-winning artist. And she is well aware of the many "what ifs" in the project.

"Will a fire wipe out the forest?" she asks in a promotional video. And really putting the power of time into perspective she asks, "Will Norway even still be a country?"

Atwood, an author known for her speculative, theoretical worlds and oppressed female characters, is a very willing first participant in the project. Attracted to the secrecy of it all, she went so far as to call her involvement "delicious" in an interview with the Guardian.

"I think it goes back to that phase of our childhood," she said, "when we used to bury little things in the backyard, hoping that someone would dig them up, long in the future, and say, 'How interesting, this rusty old piece of tin, this little sack of marbles is. I wonder who put it there?'"

Considering Facebook users recently selected Atwood's novel, The Handmaid's Tale, as one of their top 20 life-changing books, it's a pop culture mark that makes her an excellent choice for encapsulating the literary world of 2014.

Atwood told the Guardian that the project removes any fear of considering the audience of the piece.

She's even intrigued as to how readers of 2114 will manage to read a book from 2014: "Language of course will have changed over those 100 years. Maybe not so much as it changed between say 1400 and now, but it will have changed somewhat."

In the age of immediate access and streaming services, a project that deliberately keeps beautiful things from us is interesting to consider. It also leads us to face ideas of our own mortality and transience.

"It freaks me out a bit when I think that many of these writers aren't born yet," Paterson said to the Guardian of the future writers who will be a part of the project. "Sometimes it does hit me — oh my God, if I live to 90, what will it be like then? It's very exciting as an artist."

While we will likely never see these works, it is a project doing exactly what art should — bending and changing minds while making something profoundly beautiful in the process.