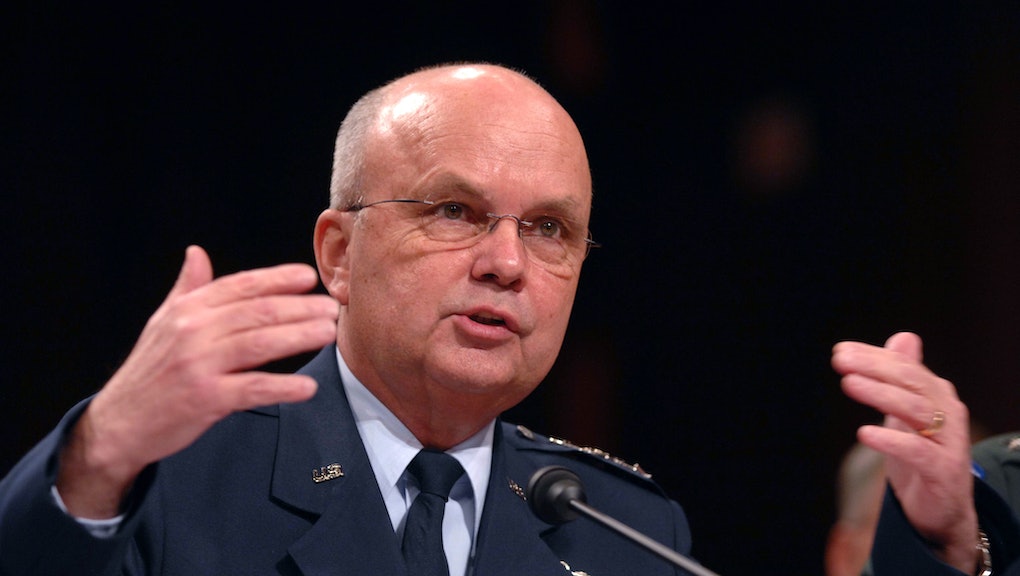 We know foreign policy can be a complicated matter, one that sometimes requires breaking down into more easily understood language.

But an explanation for airstrikes, put forth on Thursday by, Michael Hayden, a retired general and former CIA and NSA director, to U.S. News & World Report just seems wrong:

The reliance on air power has all of the attraction of casual sex: It seems to offer gratification but with very little commitment.

As spotted on CNN by Washington Post reporter Elahe Izadi:

The airstrikes in question are those targeting the Islamic State in Iraq, part of a plan President Obama announced Wednesday to "degrade and ultimately destroy" the terrorist group. Hayden's criticism of Obama's "systematic campaign of air strikes" is that such strikes don't go far enough in committing to the fight and that more force — namely, ground troops — will be necessary.

"We need to be wary of a strategy that puts emphasis on air power and air power alone," he told U.S. News & World Report.

That might turn out to be the case — but comparing airstrikes to casual sex probably wasn't the best way to do it.

Not only does it seem like a highly inaccurate comparison, it also casts casual sex in a pretty bad light. And listen, there's very little to be found inherently wrong with casual sex.