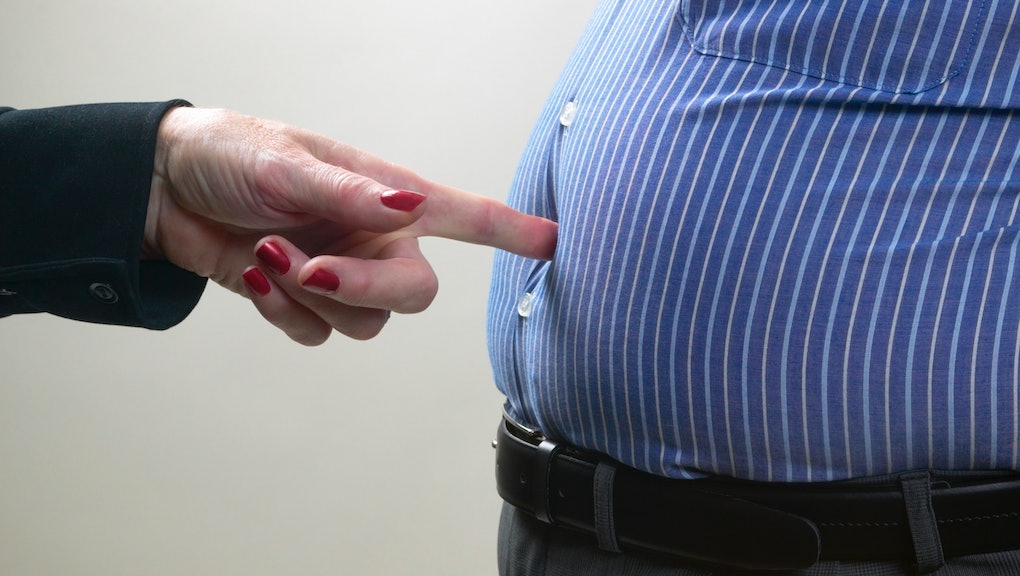 Undeniably, there are a number of potential health effects associated with obesity: everything from increased risks of coronary heart disease and strokes to cancer and reproductive problems. But a recent University College London study funded by Cancer Research UK and published in the journal Obesity has concluded that there's one tactic that definitely won't help anyone lose weight: fat-shaming.

The study: UCL researchers studied 2,944 UK adults over four years. Those who reported being subject to discrimination because of their weight (through things like harassment, being treated like they were dumb or beneath respect or getting the second-class citizen treatment) actually ended up gaining weight compared to those who weren't.

Ultimately, the crowd who was being treated badly because of their weight gained just over 2 pounds weight, while those who had not lost over 1.5 pounds. As a result, the people who believed they were the victims of weight discrimination weighed 3.6 pounds more than those who had not. What's more, the problem of fat-shaming disproportionately affects heavier individuals. According to the press release:

The data are from the English Longitudinal Study of Ageing, a study of adults aged 50 or older. Of the 2,944 eligible participants in the study, 5% reported weight discrimination. This ranged from less than 1% of those in the 'normal weight' category to 36% of those classified as 'morbidly obese'. Men and women reported similar levels of weight discrimination.

"There is no justification for discriminating against people because of their weight," lead author Dr. Sarah Jackson from UCL said in a press statement.

She suggested a few reasons why: "Previous studies have found that people who experience discrimination report comfort eating. Stress responses to discrimination can increase appetite, particularly for unhealthy, energy-dense food. Weight discrimination has also been shown to make people feel less confident about taking part in physical activity, so they tend to avoid it."

Why you should care: Fat-shaming is alarmingly common throughout society. The thin and preachy are fond of saying that obese individuals merely need to exercise some personal responsibility, but discriminating against the overweight clearly doesn't help. In fact, the UCL study suggests that sanctimoniously passing scorn on the heavyset is actually counterproductive.

There are countless ways to work on losing weight and maintaining a healthy lifestyle that rely on positive reinforcement and helping build positive habits. So ditch the sneers and jeers, because if you think it's OK to judge the overweight you're not just showing some "tough love." You're just being a jerk. And for the record, you don't have any right to be one in the first place.