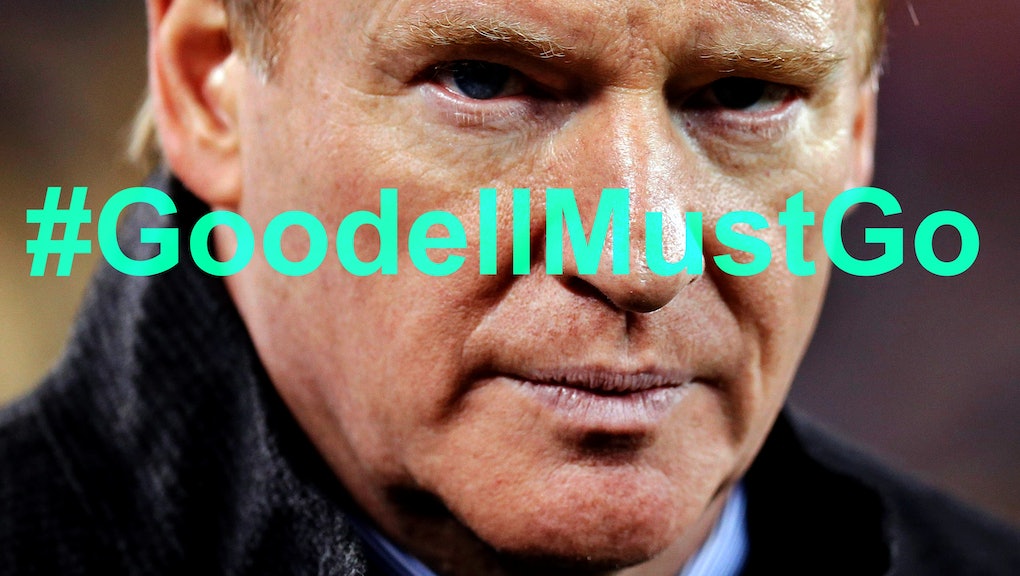 The 17 Best #GoodellMustGo Tweets the NFL Needs to See

NFL Commissioner Roger Goodell is facing mounting pressure to resign over his response to the Ray Rice incident, and the movement has picked up even more steam in the form of a hashtag: #GoodellMustGo.

The campaign, which has followed a similar arc to the #WhyIStayed movement, has inspired hundreds of tweets calling for Goodell's resignation, as well as this image of an advertisement for CoverGirl's NFL line that was photoshopped to show a woman with a black eye:

The Rice debacle, which began all the way back in February, reached a fever pitch last week when TMZ released a full-length video showing Rice knocking his then-fiancée and now-wife unconscious in an Atlantic City elevator.

The calls for Goodell's resignation over the terribly mishandling of the situation have been raining down from all sides, particularly from women's groups. UltraViolet, an organization that aims to expand women's rights, is flying #GooddellMustGo banners above three NFL games on Sunday.

Other Twitter users took to the platform to voice their outrage:

This is an incredible display of social media activism — one that will hopefully yield true, tangible results.