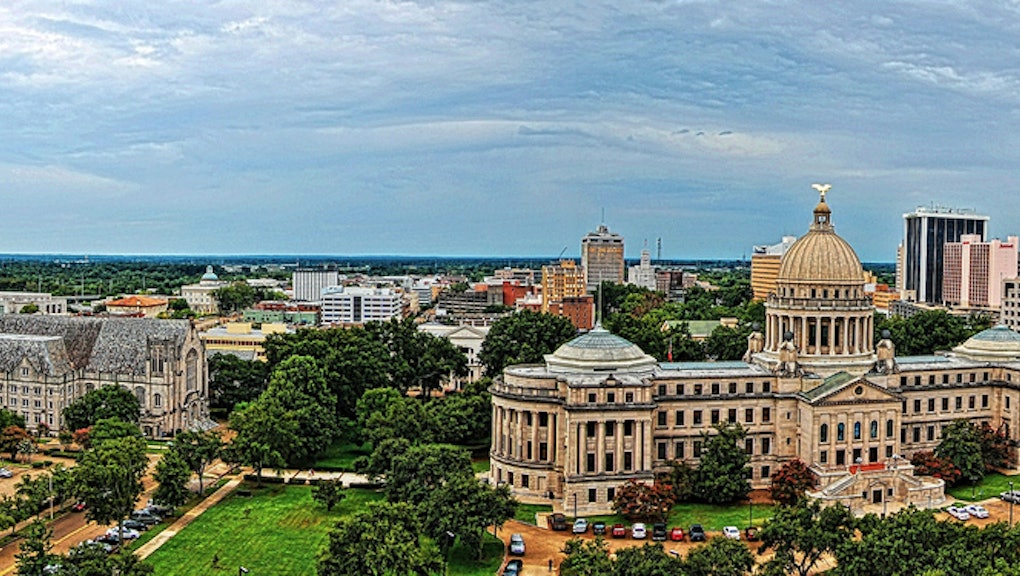 And the Fattest State in America Is ...

The news: America is fatter than ever, and the South isn't helping.

Earlier this month, the Trust for America's Health and the Robert Wood Johnson Foundation released their annual report, the State of Obesity — and there isn't much good news: Not only is the country growing more obese every year, there are regional pockets and socioeconomic groups where the problem is exceptionally bad.

According to the report, there isn't a single U.S. state where the adult obesity rate is below 20%. Twenty states have an obesity rate greater than 30%, and, on average, 34.9% of Americans are obese while 68.5% are either obese or overweight.

Mississippi and West Virginia have the distinction of tying for title of fattest state in the nation, with 35.1% obesity rate.

The obesity rates are disproportionately high in the South, which has the dubious honor of occupying the top 10 spots. These states are also in the top 10 for highest rates of Type 2 diabetes and high blood pressure in the country.

But location isn't the only factor at work here. For instance, the study also found that baby boomers are more likely to be obese than any other group; nearly 40% of 40- to 59-year-olds are considered obese.

This is a problem throughout America. While obesity is a global epidemic, it's a staggering problem in the U.S. Though Americans only compose 5% of the global population, they make up 13% of the world's obese and overweight population.

According to a recent study by the University of Washington's Institute for Health Metrics and Evaluation — the most comprehensive global study of its kind — there are 160 million overweight adults in the U.S., 78 million of whom are obese. Even China, which has four times as many people, can't beat that number. Nearly 75% of American men and 60% of American women are obese or overweight, as are 30% of American children and teens. In comparison, only 4% of kids in the Netherlands or Sweden are overweight.

What's more, this is a legitimate health issue that should be a serious public-health concern. According to the World Health Organization, as reported by Reuters, chronic weight complications kill 3.4 million adults around the world every year, with many deaths linked to heart disease, stroke, diabetes, arthritis and cancer.

And things are only expected to get worse. According to a Centers for Disease Control and Prevention forecast, over a third of American adults can be classified as obese. By 2030, that number will be 42%. The states with the highest obesity rates were Alabama, Arkansas, Indiana, Kentucky, Louisiana, Michigan, Mississippi, Missouri, Oklahoma, South Carolina, Texas and West Virginia.