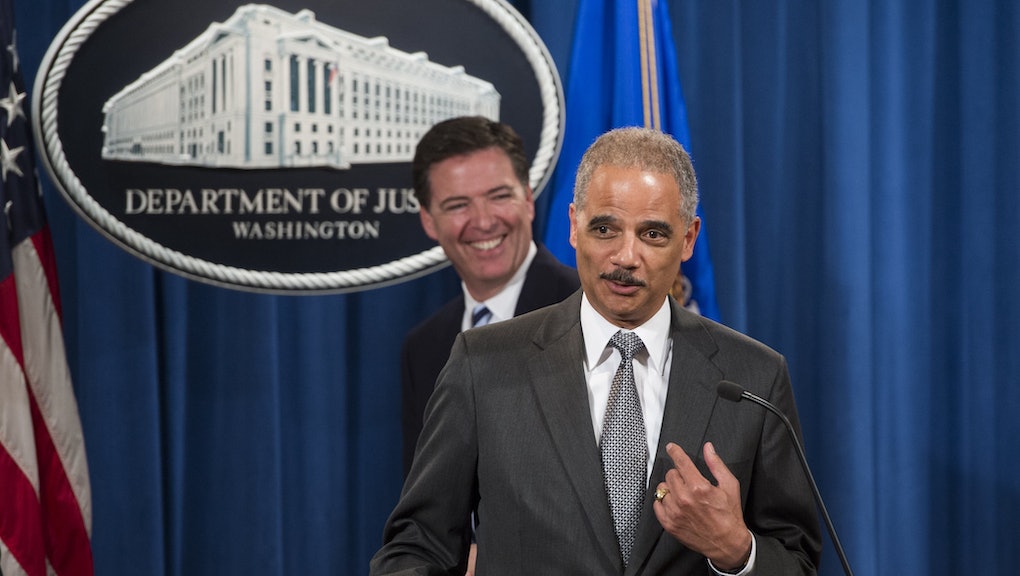 The FBI Just Completed Its Facial Recognition System, and It's Absolutely Terrifying

Say cheese! The FBI has finished building its nationwide facial recognition database, which is now fully operational after more than three years in development.

The FBI's new Next Generation Identification system is up and running, and is expected to absorb some 52 million photos in its first year alone. In an announcement posted to their website, the FBI describes the project as an upgrade to its already-existing fingerprint database, which contains more than 100 million records:

As the Verge reports, privacy advocates are understandably not as happy about the project as the FBI is. The database mixes mug shots with a slew of non-criminal faces pulled from employment records and background check systems. Local law enforcement officials are able to request that the system identify a suspect from a photo, after which it will return a list of 50 possible candidates with an 85% accuracy rate. The agency has already used its proof-of-concept facial recognition technology to capture fugitive and accused child sex abuser Neil Stammer, who managed to elude authorities for 14 years.

The pro-privacy Electronic Frontier Foundation reports that the database is expected to grow rapidly, with the FBI hoping to have every single one of the 50 states integrated into NGI by the end of the year. An EFF graphic from April shows that months before coming online, the FBI had already reached agreements with much of the country:

The FBI says that the database will have access to around 270 million individual images once additional databases from DMVs and State Department records are attached to the system, though it's unclear how many of those will be unique entries rather than duplicates.

Some states participating have already announced their intent to share their entire criminal mug shot databases with the FBI, meaning that anyone arrested in those states for any reason could very well end up in the agency's troublemaker file. The EFF argues that there's no meaningful oversight of the technology, like who can access it, what can be put in and how information pulled from it can be used in an investigation. What's more, because the program only returns a list of 50 candidates, rather than a precise match, the EFF thinks that "you could become a suspect in a criminal case merely because you applied for a job that required you to submit a photo with your background check."

"For example, although the FBI has said in these documents that it will not allow non-mug shot photos, such as images from social networking sites, to be saved from the system, there are no legal or even written FBI policy restrictions in place to prevent this from occurring," EFF senior staff attorney Jennifer Lynch told Russia Today.

While access to this immense cache of data is, to put it mildly, very alarming to privacy advocates, most Americans will probably respond to the news with a resounding "meh." Polling has shown mixed reactions among the public over previous surveillance revelations courtesy of Edward Snowden, ranging from overall opposition to tepid support of the former NSA contractor's massive information leak of confidential mass-surveillance programs. So if one day government cameras are watching your every facial expression, don't say you weren't warned.