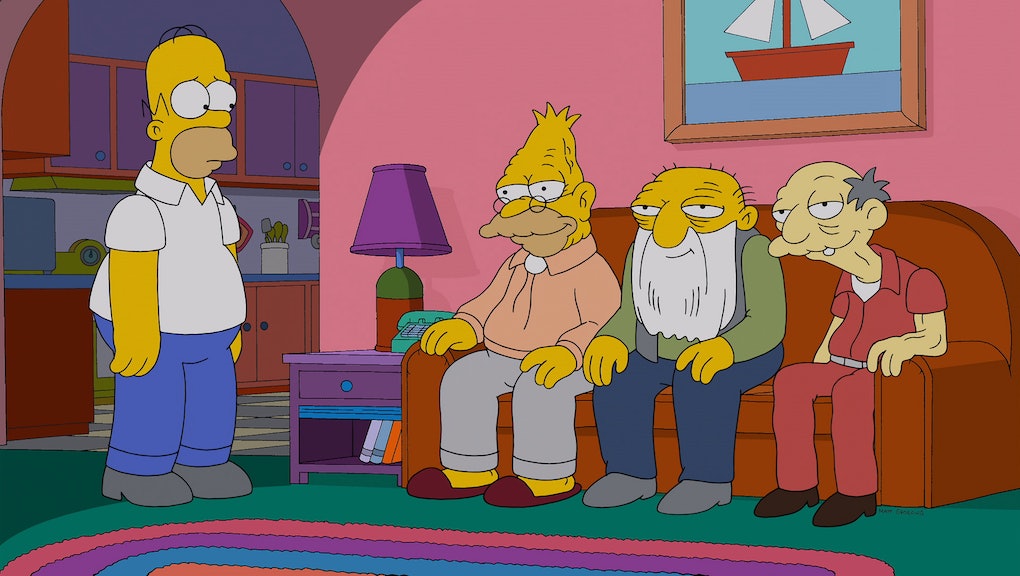 6 Ways Binge Watching Is Ruining Our Brains, Bodies and Probably Our Souls

Binge-watching television shows has become a national pastime, but it is certainly not the healthiest way to spend an hour, or 12.

According to a survey by Netflix, 73% of viewers feel positive about binge-watching (which they define as watching between two and six shows consecutively) and 61% of viewers self-identify as binge-watchers. Fun as it may be to spend a day on the couch watching the entire first season of insert-amazing-show-title-here, unsurprisingly there are some pretty unsavory health issues that can come from vegging out.

While having the history of film and television at your fingertips is undeniably tempting, here are just a few scary reasons why it might be time to reconsider that binge-watching habit.

1. It doubles the risk of premature death.

Back in February, an article by NBC News addressed the craze of binge-watching and how the sedentary TV-watching repose can, in excess, lead to various diseases.

Earlier this year, the American Heart Association warned couch potatoes that watching more than three hours of television a day "may double their risk of premature death from any cause." The study's lead author, Dr. Miguel Martinez-Gonzalez, suggested that watching television for more than two hours each day (just two hours each day!) could be bad for you. We should all trade some shows in for some physical activity.

2. It increases our risk of cancer.

As if the American Heart Association's findings weren't scary enough, NBC News also cites studies indicating that "for every two hours spent sitting in front of the computer or television, the average American raises his or her risk of colon cancer by 8%, of endometrial cancer by 10% and of lung cancer by 6%."

3. It yields brain activity and behavioral similarities to other forms of addiction.

As Dr. Richard Rosenthal of St. Luke's Roosevelt Hospital in New York said during a TODAY Show segment, "Anything that causes pleasure is potentially abusable when matched up against the ability of your forebrain to regulate it."

A piece in Scientific American asserts that, "Most of the criteria of substance dependence can apply to people who watch a lot of TV." Some have even reported withdrawal symptoms when they cut back significantly on their TV intake.

Of course, TV binging is less harmful than many other addictions out there. Just make sure you don't spiral down the binge-watching hole, pull a Portlandia and watch so much Battlestar Galactica that you lose your job and sanity.

4. It lowers your alertness, even after the TV set is no longer turned on.

In a study, researchers had people both watching and not watching television wear beepers to monitor their brain waves, skin resistance and heart rates. The participants were beeped six to eight times daily over the course of a week and asked to write down what they were doing and how they felt when the beep came through. Those watching TV felt "relaxed and passive" and the corresponding electroencephalograph monitoring brain waves confirmed low mental stimulation.

What wasn't as expected was that after watching television and moving on to the next activity low stimulation continued. As a Scientific American article says of the study, "Survey participants commonly reflect that television has somehow absorbed or sucked out their energy, leaving them depleted."

Many, including Jerome L. and Dorothy Singer at Yale, have also said that "more viewing may contribute to a shorter attention span, diminished self-restraint and less patience with the normal delays of life." So either way, television won't provide long-term help with that depression or anxiety.

Health risks aside, binge-watching is also fundamentally changing how we consume entertainment. In Jim Pagels' Slate article "Stop Binge-Watching TV," he hits on all the many reasons it's ruining how we watch our shows. He cites episode integrity and the importance of cliff-hangers as the top two reasons not to binge. Also, as he wisely notes, "taking breaks maintains the timeline of the TV universe."

Binging can take away the enjoyment of entertainment and instead make TV viewing into a race. Like Tested.com's Will Smith wrote: "Binge watching is like putting a drive-through window in an art museum. Sure the window would allow more patrons to appreciate the art in a quick, convenient context, without the opportunity to internalize the experience."

Of course, if this all still feels like hogwash, this handy celebrity PSA on the "Dangers of Binge Watching" might be more in line with your thinking.