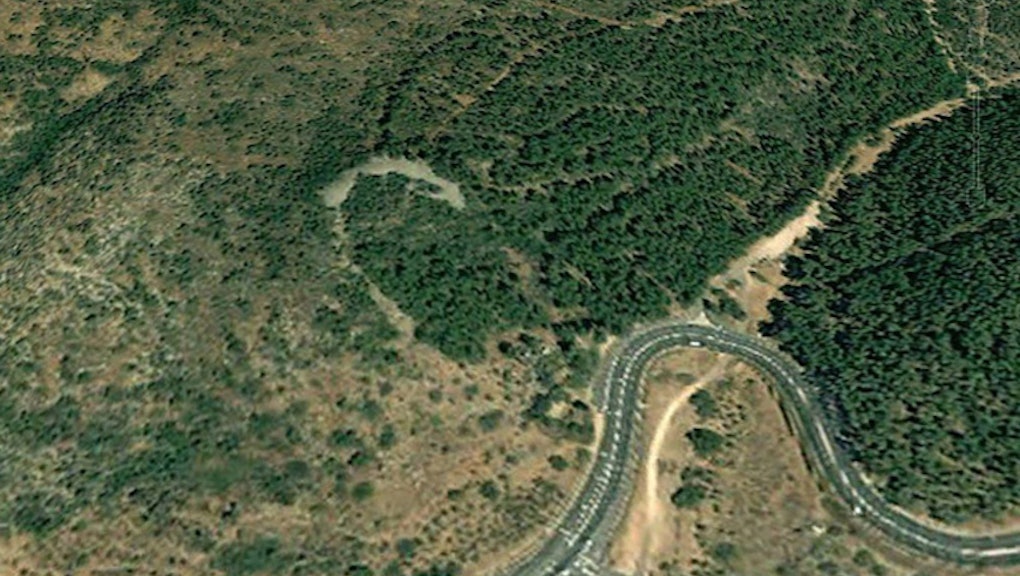 The news: It's not every day you stumble across a monument older than the Giza pyramids — especially one this huge.

For years, residents near the city of Safed, Israel, knew of a crescent stone structure in the area, referring to it as "Rujum en-Nabi Shua'ayb" or "Jethro Cairn." Archaeologists thought it was just part of an ancient city wall, and it wasn't until Ido Wachtel, a doctoral student at the Hebrew University of Jerusalem, started excavation work that they realized they were looking at an ancient, historical site.

Here are some interesting facts about this newly excavated site:

1. Not only is it ancient, it took a really long time to build it.

The massive, freestanding structure is estimated to be around 5,000 years old. According to Wachtel, it would have taken anywhere between 35,000 to 50,000 days to complete the construction, roughly 100 years.

It has an area of about 500,000 cubic feet and is 492 feet long, as large as about six Olympic-sized swimming pools.

3. The fact that it's a standalone structure offers various explanations for its purpose.

"The proposed interpretation for the site is that it constituted a prominent landmark in its natural landscape, serving to mark possession and to assert authority and rights over natural resources by a local rural or pastoral population," Wachtel wrote.

4. It provides an interesting glimpse of Mesopotamian culture.

One of the most convincing theories on the table right now is that the structure had a religious purpose: given its crescent shape, it probably had ties to the Mesopotamian moon god Sin, whose symbol was the lunar crescent. The stone structure is also located close to the town of Bet Yerah, which was closely associated with the moon god and conducted trade with Egypt.

Regardless of what its original purpose was, the fact that this monument survived for millennia and was overlooked for so long is fascinating — and gets you thinking about what other archaeological treasures remain hidden in plain sight.