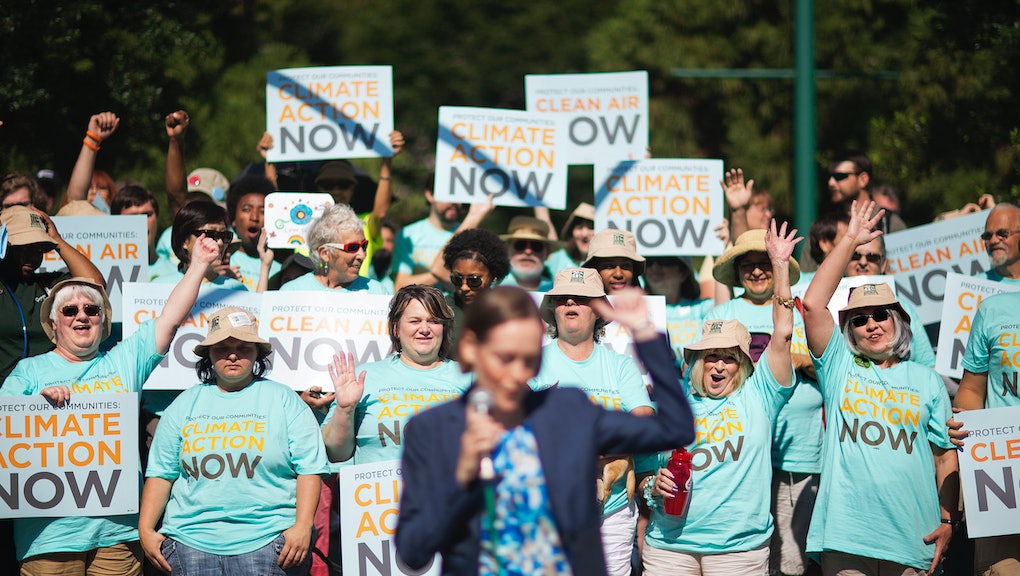 If You're Under the Age of 30, You've Never Experienced This Phenomenon

This August was the hottest ever recorded, and the summer was tied for the fourth warmest, according to new data from NASA. More worrying, however, is the broader trend: August marked the 354th consecutive month where the global average temperature measured higher than the 20th-century average, according to the National Climatic Data Center (NCDC).

In short, if you're under the age of 30, you've never lived through a month that was colder than average.

If any of this sounds familiar, that's because it is. Mic's Eileen Shim reported back in June that May was the 351st consecutive month where Earth was warmer than the 20th-century average. The numbers don't lie — our planet's dire climate situation is as bad as ever.

The heat has been just as intense in our oceans. "For the past few months we've been seeing impressive warmth in large parts of the Pacific ... and Indian Oceans in particular," Jessica Blunden, a climate scientist at the NCDC told Climate Central. Oceanic temperatures have a significant effect upon the land's climate, which is partly why August was warmer than average.

It's important to keep things in perspective. Both Blunden and Gavin Schmidt, the director of the NASA Goddard Institute for Space Studies, cautioned against relying on data from individual months. NASA and the NCDC, for example, came up with different average temperatures for July.

"I think this is a measure of how one shouldn't spend so much time trying to derive larger scale meaning from individual months," Schmidt told Climate Central.

This doesn't mean that the data are insignificant — it simply means that it's far more important to look at it relative to long-term trends. One month won't change everything, but if it reflects broader climate patterns, it's something to watch out for. To that end, Schmidt told the Huffington Post that "the long-term trends are toward warming."

Don't expect this kind of news to go away. Not only has the planet's average temperature risen significantly over the past century, but the rate of increase has almost doubled in the last 50 years. "Temperatures are certain to go up further," NASA warned.

Climate change is a natural part of our planet's life cycle; the earth has warmed and cooled many times. But it's now happening much more quickly, and by and large humanity is responsible.

Go ahead, climate change deniers — keep living in a delusional, air-conditioned bubble. Your children's children are surely going to thank you.