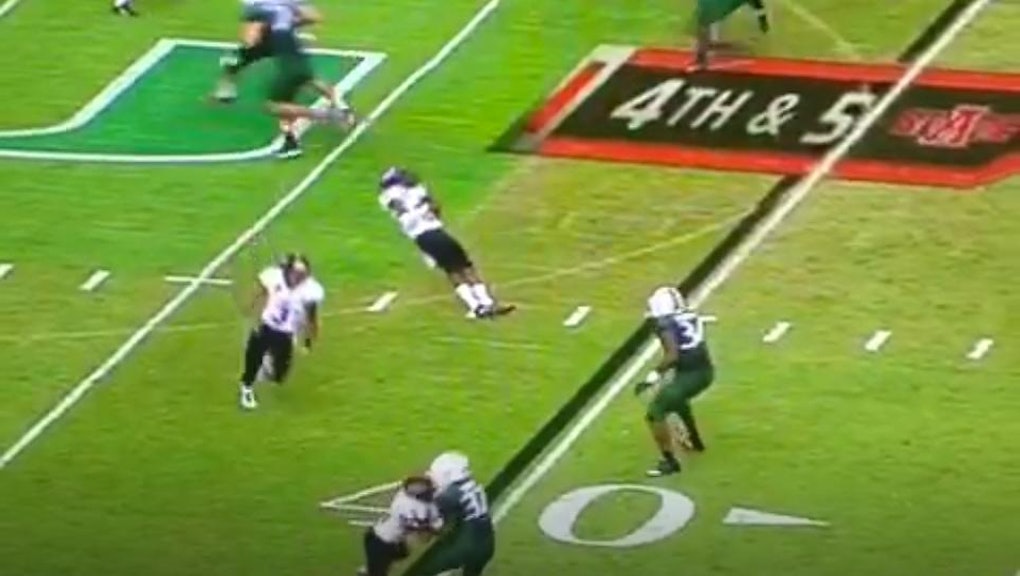 College Football Player Fakes His Own Death In Worst Play Ever

Arkansas State squared off against the University of Miami over the weekend and, unsurprisingly, found themselves trailing by 13 points and facing a fourth down in the second quarter.

In an attempt to kick-start a rally, the Red Wolves attempted pretty much the worst fake punt ever.

Yet the misguided trick play was not without a bizarre twist.

Yes, that actually is Arkansas State player Booker White, in the white uniform, apparently faking a heart attack on the field to distract the defense. The only thing worse than the conduct of the player in question is the fact that Blake Anderson, the head coach for Arkansas State, appears to have given the green light for the cynical tactic — known cheekily as the "Fainting Goat" in-house.

The play itself resulted in an interception, rendering the fake-out both ill-conceived and inexcusable. (And he paid for it on the return.)

The Hurricanes went on to a 40-21 victory. But no one will talk about Miami’s win and instead will focus on a questionable call by a coach and his player. Maybe they should have tried this one instead.