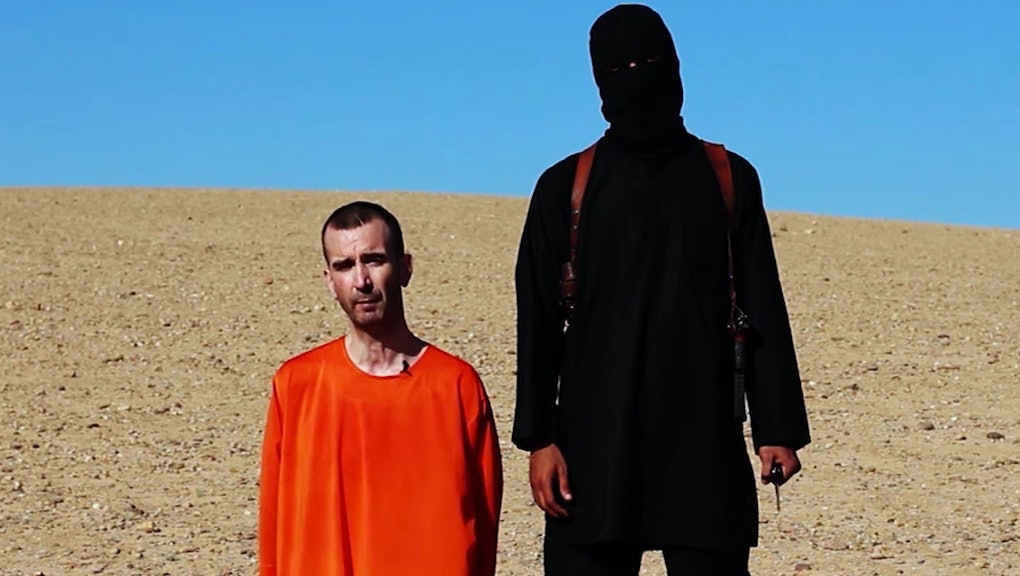 The news: An al-Qaida affiliate has officially requested the release of an Islamic State hostage.

That's right: Al-Qaida, the terrorist group once led by Osama bin Laden that's been responsible for a variety of heinous attacks, including 9/11, is telling the IS that it needs to tone it down. The IS has become so violent that even al-Qaida is telling them to back off.

The faction making the request is based in Syria and goes by Jabhat al-Nusra. They are reportedly unhappy with the capture, arguing that Henning is being held unjustly and citing he allegedly left Britain on a mission to aid suffering Muslims. But the IS believes Henning was a spy and abducted him with the hopes to trade him for a U.K. prisoner, the Independent reported.

Rumors of al-Qaida's appeal were corroborated by an American filmmaker, Bilal Abdul Kareem, who has extensive ties to Syria. Kareem told the Independent that the Nusra leader spoke with the IS after Henning was abducted in December 2013.

Shifts in al-Qaida: The director of the International Center for the Study of Radicalization, Peter Neumann, said the dynamic pivot between the IS and Nusra is concentrated on differing opinions about foreign ties.

"Al-Qaida has been critical of ISIS in recent months," he told the Independent. "It understands how its behavior will be perceived by the Western public. Although the two groups' underlying ideology is still very similar, al-Qaida is much more strategic. For example, it is not opposed to beheadings but realizes it makes no sense to carry them out in the way that ISIS does because this tactic will lose them a lot of friends."

Nusra, which was designated a terrorist organization by the U.S. State Department in December 2012, has shifted their role and enforcement very strategically this year. Nusra has emerged as a relatively pragmatic, albeit threatening force, that has attracted thousands of IS extremists to their own battleground in Syria.

By asking for Henning's release and going against the Sunni insurgency, Nusra's appeal paints an even more horrific picture of actions by the IS. Because if al-Qaida believes that beheading an innocent aid worker goes against their own religious compass, then the IS has really gone over the edge.