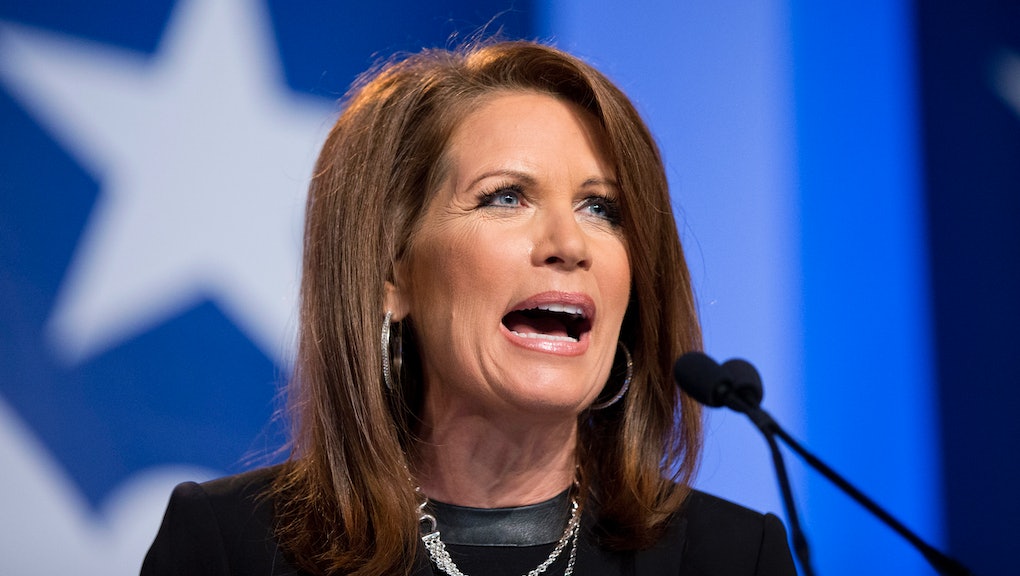 Hatred thinly veiled as a religious belief is still hatred.

It's about time anti-LGBT Christians stop couching their fear and discrimination in the name of religion. More often than not, it's not so much a conversation about how someone lives their life — which is, by definition, a lifestyle — than it is a condemnation of what's happening in someone's bedroom or an invasive curiosity about what's between someone's legs.

At the end of the day, our words are important. But hate speech does not change minds. Rather, it is more likely to alienate a large number of LGBT people who, believe it or not, remain Christians despite being bullied in church pulpits. In the interest of building a bridge of respect, compassion and even solidarity, here are a few common messages Christians need to rethink when they're talking about the LGBT community.

LGBT individuals come from many different backgrounds in terms of race, gender, religion, class and where they grew up. There's no right or wrong way to live as an LGBT person. The same goes for straight people.

More often than not, though, when Christians say "homosexual lifestyle" they mean sex between two people of the same gender. The use of euphemisms doesn't hide the underlying homophobia, however. Besides, why is it any person's business to care so much about someone else’s sex life?

Sexual orientation and gender identity aren't any more of a choice than being straight is. That said, everyone has the right to come to their own understanding of what their sexuality or gender means to them, and how they wish to discuss that with the rest of the world.

If someone says they’re gay, lesbian or bisexual, that doesn’t mean they’re having sex. That just means that’s their sexual identity. And if someone says they're transgender, that doesn't mean anyone has permission to interrogate the individual about their private parts.

There is no "gay agenda." The whole concept was created as a scare tactic used by bigots like Michelle Bachmann who seem to believe LGBT people spend the majority of their time plotting to make all of America queer and atheist. The only agenda most LGBT people have is to live in peace with their neighbors, regardless of their faith belief or nonbelief. And for those who identify as Christians, there's a shared interest: to follow God's call to love one another, no matter what.

The mantra "Go and sin no more" is used a lot of times by Christians who may not even realize they are misinterpreting Jesus' words.

Jesus did say, "Go and sin no more." The often forgotten fact Jesus prefaced that sentence with this one: "Ye without sin, cast the first stone." Ultimately, this is a story about realizing that everyone is a sinner, and therefore would be wise not to throw stone. It wasn’t until everyone else left that Jesus privately spoke with the woman and said, "Neither do I condemn you, go and sin no more."

This is a story of reconciliation, not condemnation.

This phrase is almost exclusively used when discussing the LGBT community. We don’t hear it while discussing any other acts that Christians believe are sinful, an unfortunate yet revealing double standard and one that perpetuates an us-versus-them mentality.

Straight people show their sexuality all the time, in ways both big and small: speaking about their dating lives, marriages, their kids, kissing, hand holding, flirting, the list goes on. So why should queer people be held to a different, much lesser standard because of who they are?

It should not be a shock for straight people to see a happy, same-sex couple showing their love and affection for one another. It's not flaunting, it’s no longer hiding.

Gender complementarity is a cornerstone of most Christian denominations. It’s the basis in which Christians perpetuate gender roles, social norms, "traditional" marriage and a slew of other regressive ideas that place white, straight, cisgender, men at the top of the privilege pyramid.

But does the Bible really uphold this binary when it comes to intimate sexual relationships? Dr. James Brownson, author of Bible, Gender, Sexuality, Gender, argues no. Brownson contends the deciding factor for an intimate relationship is compatibility of the partners, regardless of gender.

The Bible isn't actually "clear" about a lot of things. So much has happened in the time since the text was written, which in itself is more of a general guide for living life rather than a step-by-step manual. That's why, as many theologians and Bible scholars have noted, biblical literalism isn't the smartest idea — because life and society continue to evolve. And the Bible is a living, breathing text.

9. "We don’t agree with your sexuality."

What, exactly, do you not agree with?

When someone comes out, it's not a debate. Someone has revealed to you a part of who they are. When nonaffirming Christians express their so-called disagreement, what they actually mean is they’re not theologically affirming of anything other than heterosexual sex.

Sharing unsolicited religious beliefs can strain otherwise stable relationships. If an LGBT person trusts you enough to share their sexual orientation, don't jeopardize that trust by turning the conversation into an opportunity to proselytize or pass judgment.

Theology aside, the term "homosexual" or "homosexuality" is extremely medical and somewhat dehumanizing. Proclaiming that the Bible condemns sexual behavior outside of a committed heterosexual relationship sends the message that queer people are unworthy of being loved. Worse, it implies that God doesn't love them.

Of course, many churches have moved past the outdated idea that sexual orientation itself is "sinful." This makes sense, since it has been proven that telling a gay person their sexuality is innately sinful is extremely harmful and contributes to high rates of mental health issues and suicide.

Indeed, more and more theologians have publicly noted that the entire basis for this principle may have been misinterpreted. Matthew Vines, author of God and the Gay Christian, believes that Jesus's famous "Sermon on the Mount" actually proves same-sex relationships can be holy.

And as for the infamous parable of Sodom and Gomorrah, the Bible's Book of Ezekiel seems much more concerned with the citizen's greed and hautiness than it is homosexuality. Right-wing homophobes shout that America is increasingly becoming like Sodom and Gomorrah. When we understand that Sodom and Gomorrah was about inhospitality and arrogance, they're kind of right.

This is one of the most condescending phrases an LGBT person, especially one of faith, can hear.

Saying that "Jesus can change" your supposedly flawed and sinful sexual orientation or gender identity is incredibly presumptuous and problematic. Many LGBT people have spent years praying to be changed, not because they believe something is wrong with them, but because they want to be accepted within a religious community that has in the past referred to them as an "abomination."