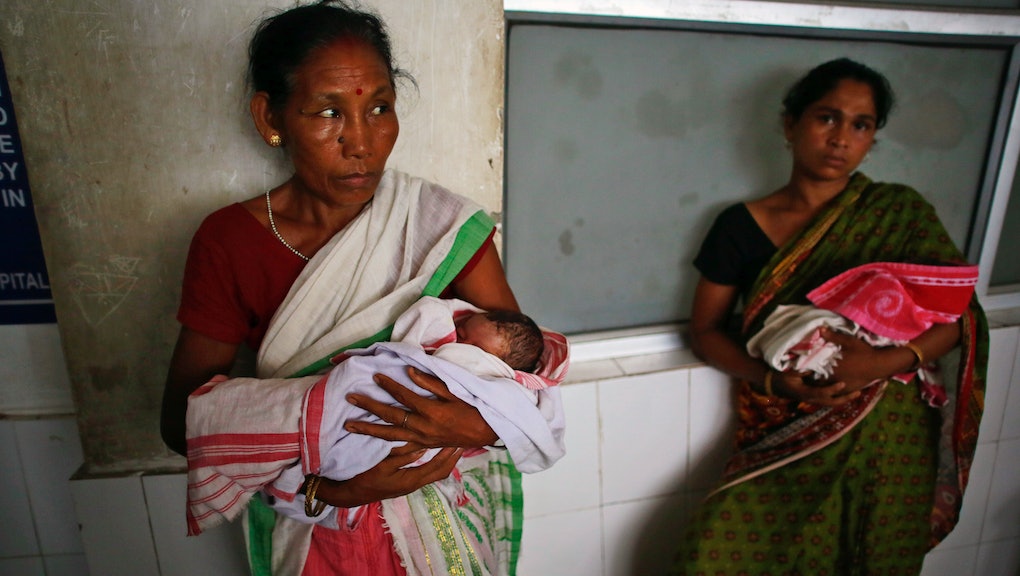 The news: Daily news of turmoil in global hotspots often paints a picture of a world in shambles. But according to a new UNICEF report, quality of life around the world is gradually improving.

Not only is global poverty on the decline, the improvements in child welfare have been dramatic. Between 1990 and 2013, the mortality rate among children under the age of 5 has been sliced in half.

The report: The mortality rate for the under-5 age group dropped from 90% to 49%, lower than any other time during the past 20 years. It is a dramatic shift in a demographic that dies frequently from ailments that can be treated with modern medicines and technologies.

The UNICEF report points to surprising progress in low and middle-income countries, including greater than two-thirds drop in regional infant mortality rates in East Asia, Latin America and the Caribbean, and northern Africa, with a 48% drop in sub-Saharan Africa. Child mortality dropped in 191 out of 195 countries included in the report; only four countries didn't see a decline in rates, three in southern Africa (Zimbabwe, Lesotho and Swaziland) and one Pacific island nation (Niue).

A step in the right direction, but: Despite the UNICEF report's good news, there's still a long road ahead for addressing child mortality worldwide. Between 1990 and 2013, 223 million children across the globe have died before turning 5. That comes out to about 17,000 preventable deaths every day.