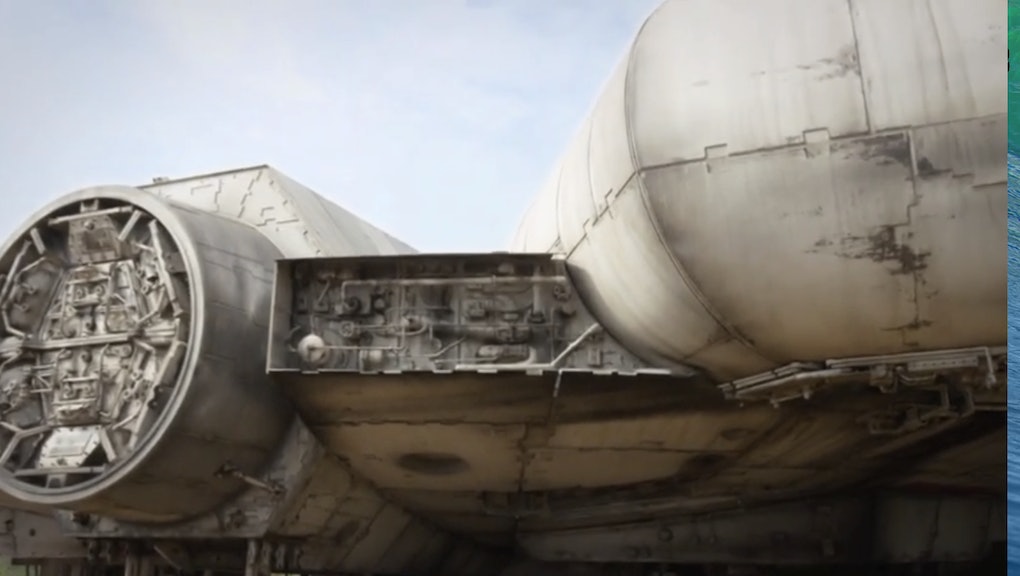 A few weeks ago, British man who was taking publicity shots for a flying school returned home to find he had captured images of an X-Wing fighter and the new Millennium Falcon from J.J. Abrams' much-anticipated 'Star Wars' film:

Today, Abrams released a first look at the legendary spacecraft:

Collider reports that this is part of an escalating 'social media war' between Abrams and Zack Snyder over their respective blockbusters, Star Wars: Episode VII and Batman v Superman: Dawn of Justice:

Snyder struck the most recent blow by showing a Stormtrooper getting arrested for hi-jacking Batman's ride.  Abrams has retorted in a way that will be tough to top.  He's stolen the Batmobile back and placed it on the underside of the Millennium Falcon.  And this isn't just a cutesy little model.  This is a real shot of the Millennium Falcon with a huge pan and everything.

If this friendly feud between the two directors is going to continue to yield amazing sneak peaks at the new Star Wars set, then we're all for it.