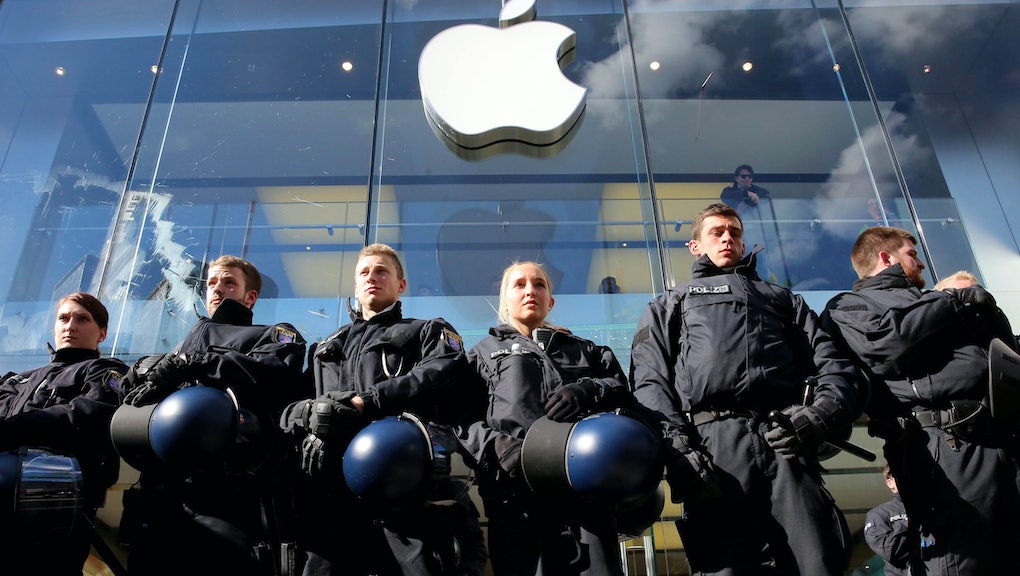 Apple has made a stunning decision to make all of their upcoming products impregnable against outside attempts — including those from the federal government — to gather data on users.

Rather than fight the feds in a long, nasty and uncertain legal battle over the privacy of its users, the Washington Post reports that Apple has instead modified its encryption technology to prevent anyone besides the owner from accessing user data stored on devices made by the company.

"Unlike our competitors, Apple cannot bypass your passcode and therefore cannot access this data," read an Apple statement. "So it's not technically feasible for us to respond to government warrants for the extraction of this data from devices in their possession running iOS 8."

The company will still continue to comply with requests for user data stored on its servers or elsewhere, like its iCloud service that keeps backups of troves of user data. But Apple device owners can simply turn that off, making their phones and tablets useless to investigators. By touting the new encryption methods as a necessary privacy service, Apple is also challenging its competitors to follow suit and include similar technologies in their future products.

The former head of the FBI's criminal investigative division, Ronald T. Hosko, told the Washington Post that the move was "problematic" for law enforcement officials, adding that "our ability to act on data that does exist ... is critical to our success." Retired LAPD lieutenant Raymond Foster told Fox News that he expected the government to fight back: "It absolutely puts another hurdle in the path of law enforcement. Apple could ultimately, if someone decides that it's enough of a problem, face legislation saying 'you can't do that.'"

Now that an industry leader has declared its intent to keep unwanted eyes out, law enforcement officials are likely to face a race among other companies to develop the technical resources to follow suit. And, in the end, this is a good thing for consumers worried about government agents invading their digital privacy.

Update: Computer forensics expert Jonathan Zdiarski weighed in following the announcement, saying that Apple devices remain vulnerable to a data-siphoning trick that impersonates a trusted computer. However, the trick can only be used to pull photos, video/audio recordings, iTunes media and third party app content - not texts or emails.