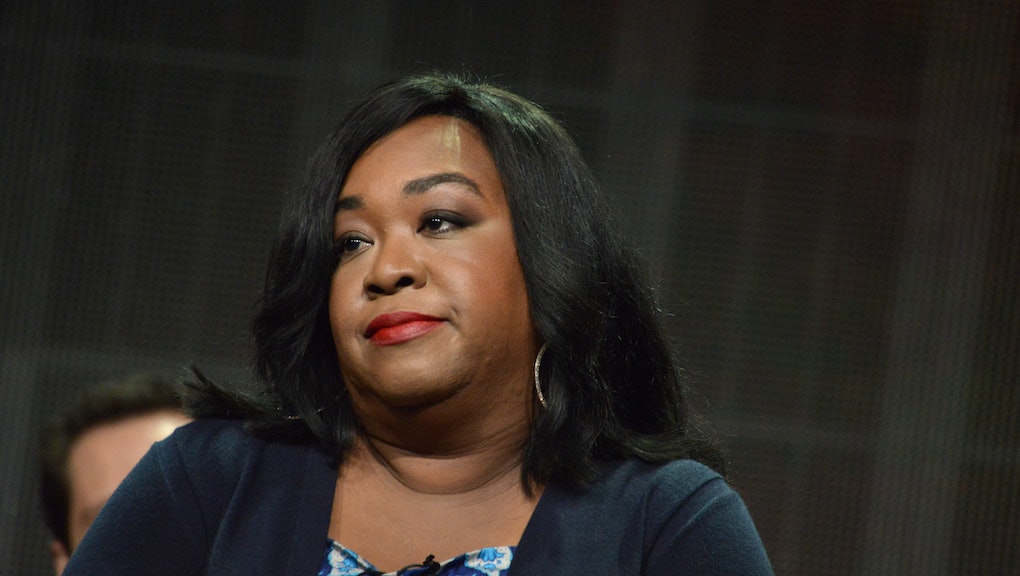 A note to critics of the world: When you're talking to African-American women, don't use the tired "angry black woman" stereotype.

On Thursday, Ms. Rhimes will introduce "How to Get Away With Murder," yet another network series from her production company to showcase a powerful, intimidating black woman. This one is Annalise Keating, a fearsome criminal defense lawyer and law professor played by Viola Davis. And that clinches it: Ms. Rhimes, who wrought Olivia Pope on "Scandal" and Dr. Miranda Bailey on "Grey's Anatomy," has done more to reset the image of African-American women on television than anyone since Oprah Winfrey.

Ms. Rhimes has embraced the trite but persistent caricature of the Angry Black Woman, recast it in her own image and made it enviable. She has almost single-handedly trampled a taboo even Michelle Obama couldn't break.

Rhimes, being amazing, didn't sit there and take this from Stanley. Here's her rebuttal:

By calling Rhimes an "angry black woman," Stanley reinforced a stereotype that's haunted the likes of Michelle Obama and numerous other notable black women — which has undermined their leadership by labeling them as overemotional beings who deserve to be feared and disrespected. If black women have any reason to be angry, it's because of the nasty combination of racism and sexism that plagues their everyday lives, and in newspaper reviews such as these.

A critical analysis of popular culture is certainly something that falls within the Paper of Record's purview, but here's a piece of advice for Stanley: Try to avoid the same overused tropes of black women. The world doesn't need that.