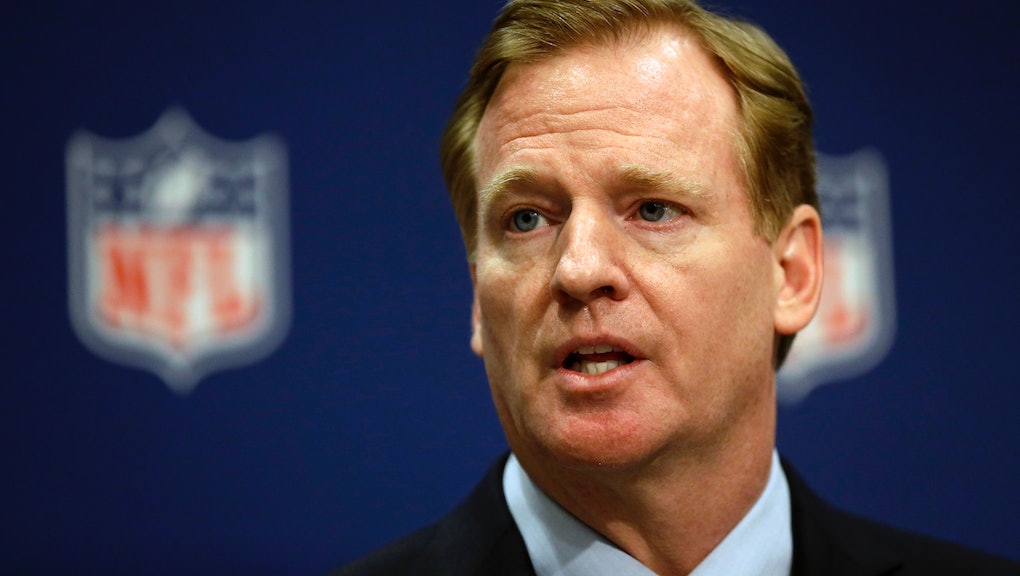 Roger Goodell: I 'Got It Wrong' on Ray Rice and Domestic Violence

Goodell called on law enforcement, the criminal justice system, social services and families to help fight the problem of sexual assault and domestic violence in American society. Goodell says that the NFL has entered into a partnership with the National Domestic Violence Hotline and the National Sexual Violence Resource Center to "work together" to address these issue.

"We can use the NFL to help create change," he said. "Domestic violence and sexual assault have no place in the NFL."

Naturally, plenty of people are upset with Goodell's paltry announcement:

An earlier version of this article cited The Wire reporting, but did not include quotations around the cited passage. The story has been updated to fully attribute The Wire's language.