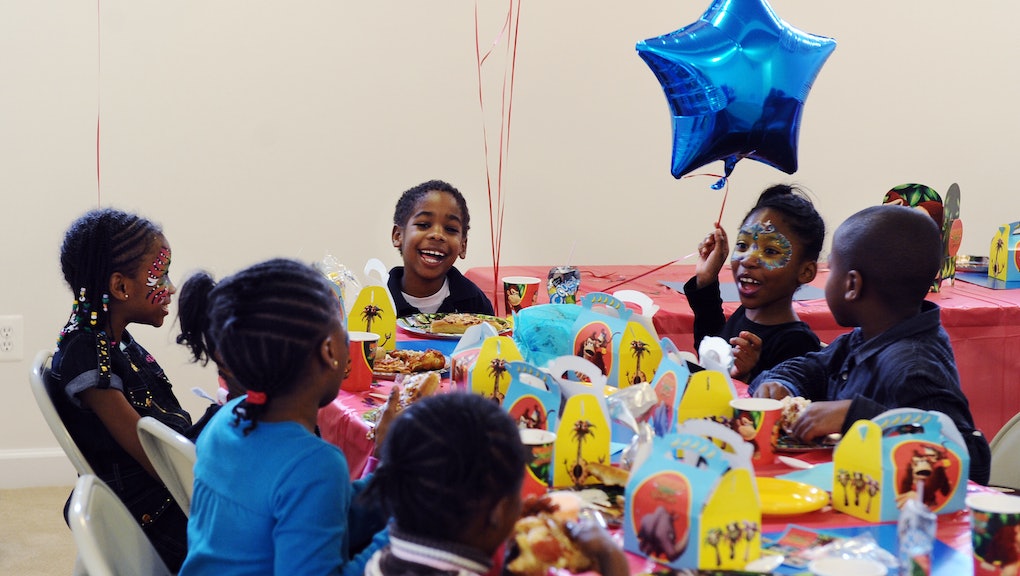 No black children. How very convenient.

In April, the Annie E. Casey Foundation published a study measuring the best and worst U.S. states for raising black kids. The researchers took 12 statistical metrics, from "babies born at normal birth weight" to "young adults ages 19 to 26 who are in school or working," and made an index showing the educational, financial and career prospects for the typical black child in that state.

The results aren't pretty: All 46 states for which data was available earned exceptionally low scores on a scale of zero to 1,000:

Meanwhile, the four states that scored highest — Hawai'i, New Hampshire, Utah and Alaska — all have black populations of less than 4%, suggesting their success has less to do with their black-friendly social policies than just an overwhelming lack of blackness.

Background: It's relatively easy to create a positive environment for black kids where there aren't any actual black kids. But it's important to note this isn't necessarily a causal relationship.

But while having no black people in your state doesn't automatically guarantee a better outlook for black children, it certainly doesn't hurt either.

Why? It's hard to say definitively. History shows that regions with concentrated black populations, especially in the agricultural South and industrial Midwest and Mid-Atlantic states, have often shown a tendency to violently police black mobility and behavior.

Case in point: The Casey Foundation links nationwide failures to nurture black children to specific social factors and policies, from disproportionate exposure to "high levels of poverty and violence" and barred access to home ownership to underfunded schools and disparate interaction with the criminal justice system.

To varying degrees, these are all defining markers of life in the bottom-ranked states. These top four states are all linked by a relative absence of this type of racist legacy.

One other thing to note: Having a high score on this index should not suggest it's a good idea to raise a black child in that state. Comparatively, all 50 are pretty horrible when compared to the opportunities afforded white children.

For contrast, just look at the index measures for white children in the U.S.:

The lowest-scoring state for white kids, Wyoming (with an index score of 521), still ranks higher than all but two of the 46 states ranked for black kids. And if you think that's stark, here are the rankings for Asian American children:

Plus there's this: Population size often correlates with index rank for other groups as well. Three of the top four states for black children — Hawai'i, Alaska and New Hampshire — also rank in the top four for Latino children, of which each boasts below-average numbers.

Meanwhile, Hawai'i and Alaska plummet into the bottom ten when ranked for Asian/Pacific Islander and Native American children, respectively. Both states boast disproportionately high numbers of these groups.

Takeaway: If you want to raise a child of color, it's best to avoid the states where large populations of your people have been around long enough to be subjected to repressive policies, systematic discrimination and racist violence sanctioned at least in part by the U.S. government.

It's a tough pill to swallow. But who said raising kids was easy, anyway?