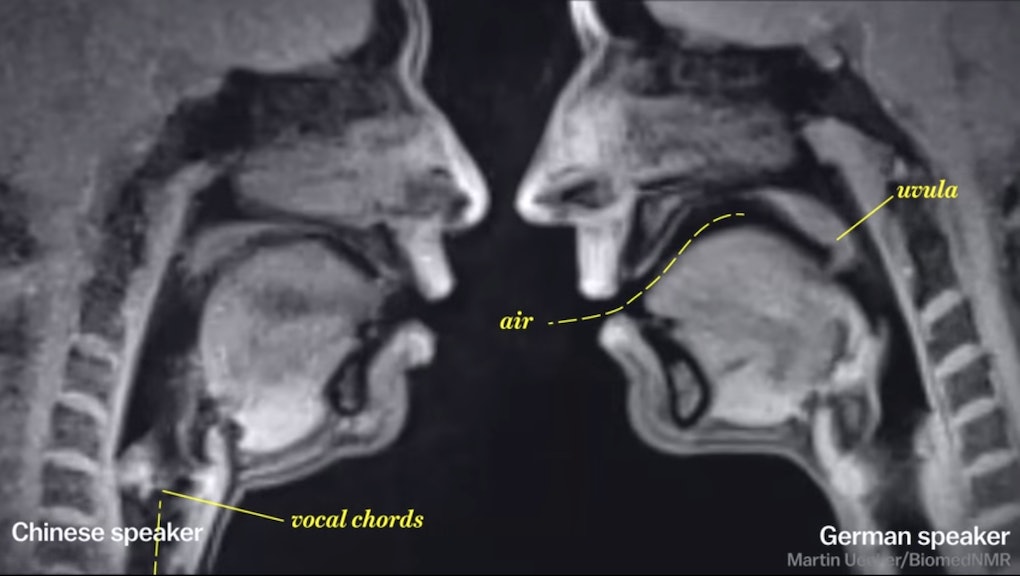 To give us a better idea of what that kind of stuff looks like, Vox compiled snippets of MRI scans that show just what's actually happening inside your body in some everyday (and some NSFW) moments.

Because MRI scans are painless and do not involve any radiation, it's possible to get long, detailed images of the inner-workings of our body over longer periods. So, whether that's our mouths when we're playing an instrument ...

... or when we're talking different languages ...

... or when we're experiencing a very exciting intimate moment:

As much as modern day science knows about the inner-workings of the body, many members of society are relatively clueless about a lot of scientific knowledge, according to a number of recent studies and polls. For example, 1 in 4 Americans think the sun revolves around the Earth, and the majority of Americans aren't sure that the universe started with the Big Bang or that the Earth is 4.5 billion years old (it is).

American students have an unsavory track record of performing poorly on science testing compared to other countries, but maybe more images and videos like this can help to paint a more relatable understanding of science and the human body.

It's one thing to try to explain to a student what's happening inside their body, it's something else entirely to just show them.