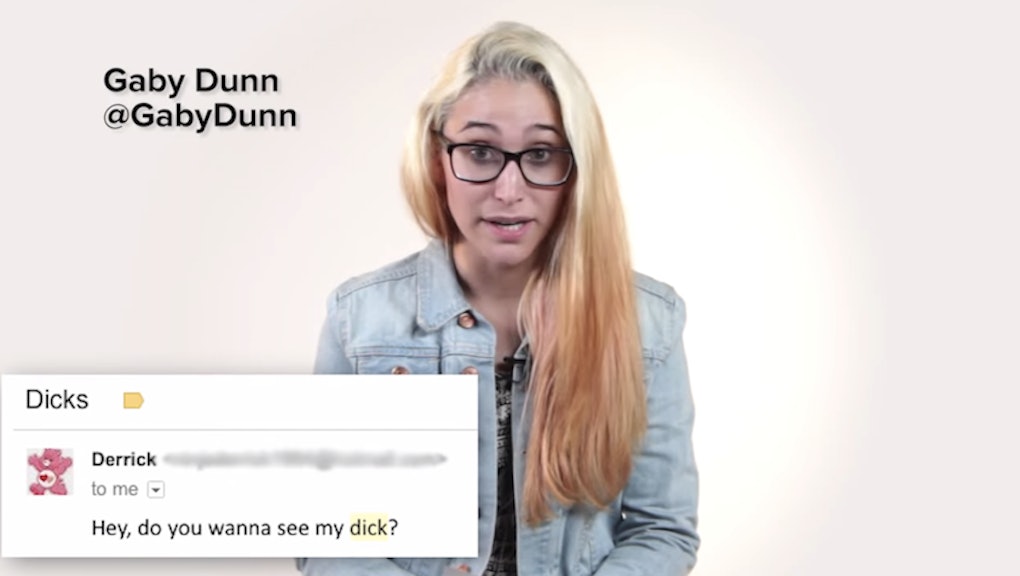 The news: From celebrity photo hacks to violent threats against women in the gaming community, there has been a lot of talk lately about the treatment of women online — and the video below perfectly illustrates the need for this conversation.

Late last week, BuzzFeed posted a video titled "What It's Like To Be A Woman Online," which features interviews with nine different women — filmmakers, writers, comedians — who maintain an active Internet and social-media presence. In the video, the women discuss the challenges they face online every day, such as sexual harassment and dismissal of their opinion based on their gender:

"If I tweet about something that a guy doesn't agree with, instead of being like, 'I kindly disagree,' the next at-reply is, 'You should get raped to death,'" comedian and writer Gaby Dunn said.

"At this point, I'm so used to it," comedian Sara Benincasa agreed. "It still bothers me. I just expect it."

Why this is important: While people of all genders may face trolling or cyberbullying, women disproportionately face this kind of harassment and intimidation. There's a difference between facing legitimate criticism of your work and receiving rape and death threats because of it, and more often than not, it's women who find themselves in the latter situation.

But it is not women alone who are affected by such attitudes. If we refuse to call out dismissive, dangerous behavior against women, we run the risk of normalizing these acts in the greater social context. Sexism online is not just a women's problem, and videos like this remind us that it's up to everybody to ensure a safe, welcoming space for all online.