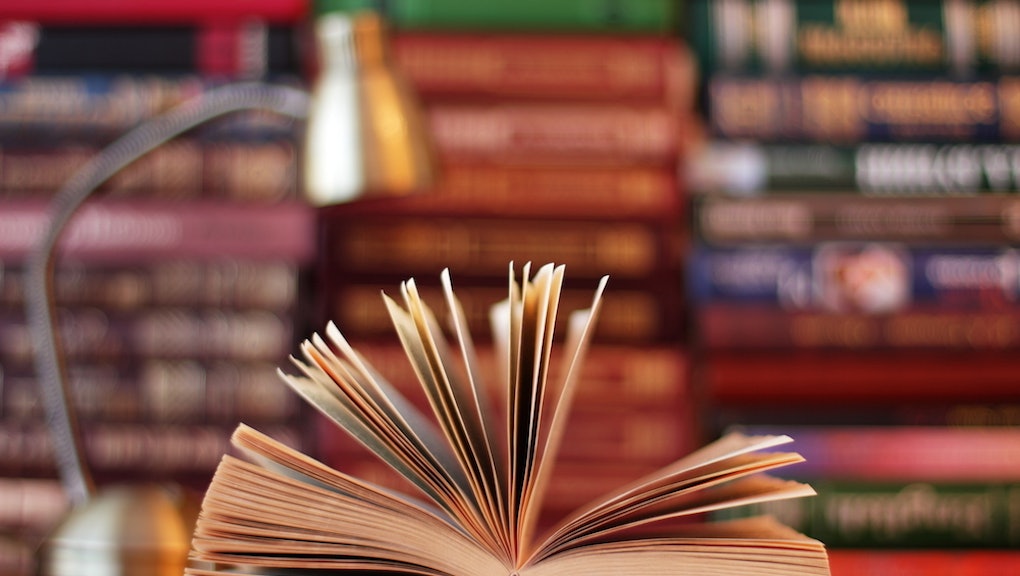 It's a truth universally acknowledged: An author's first line can make or break a book. Celebrated texts are often identified not only by their memorable characters, but by their legendary opening sentences. Take, for example, Virginia Woolf's loaded line: "Mrs. Dalloway said she would buy the flowers herself." Or Vladimir Nabokov's charged opener: "Lolita, light of my life, fire of my loins." Then there's Herman Melville's commanding introduction: "Call me Ishmael." Poetic, no?

2014 has been a stand-out year in fiction, with stunning debut novels and masterpieces from old prose pros. Many of the novels we've seen hit shelves have proven gripping from the first word to the final punctuation mark. Because it's never too early to reread them, let's review the brilliant first sentences of this year's most engrossing novels.

Released in January, Offill's experimental novel was widely celebrated, with NPR calling it "intriguing, beautifully written, sly and often profound." The story depicts a marriage between nameless characters and is just as beautiful throughout its 192 pages as it is in its six opening words.

2. "It is known where we come from, but no one much cares about things like that anymore."

- Chang-rae Lee, On Such a Full Sea

Throughout his career, Lee has written numerous beautiful novels anchored by beautiful opening lines. "The day my wife left me she game me a list of who I was." (Native Speaker) "From up here, a half mile above the Earth, everything looks perfect to me." (Aloft) On Such a Full Sea is no exception.

3. "Nobody ever warned me about mirrors, so for many years I was fond of them, and believed them to be trustworthy."

Oyeyemi is only 29 and has already published five novels, the first while still in high school. Her work and influence keeps growing, in large part thanks to her style. As the New York Times review of Boy Snow Bird said: "The greatest joy of reading Oyeyemi will always be style: jagged and capricious at moments, lush and rippled at others, always singular, like the voice-over of a fever dream."

4. "I wake up late the morning I'm meant to go to the consulate."

- Teju Cole, Every Day Is for the Thief

Boom. You are thrust into the story. Cole's novel about a man visiting Lagos was originally published in Nigeria in 2007 but was revised and published for the first time outside of Africa this year. Cole's first novel Open City was the PEN/Hemingway Award winner and National Book Critics Circle Award finalist, and Every Day is for the Thief is filled with as much talent and linguistic beauty.

- Joshua Ferris, To Rise Again at a Decent Hour

Ferris' novel about a man being impersonated by someone else online is filled with beautiful, brilliant, thought-provoking lines: "What's the point?" he writes. "In the end the heart stops, the cells die, the neurons go dark, bacteria consumes the pancreas, flies lay their eggs, beetles chew through tendons and ligaments, the skin turns to cottage cheese, the bones dissolve, and the teeth float away with the tide."

6. "Back then, all we wanted was the simplest things: to eat good food, to sleep at night, to smile, to laugh, to be well."

The third book from Henríquez tells the story of a family immigrating from Mexico to the United States after their daughter sustains an injury that demands American medical attention. The first line focuses on details and as the Guardian says, it's the "quiet details that convey this family's tragedy," that make the novel. "The first kitchen cabinets with bedsheets stapled over the fronts in place of doors, the panic of missing a stop on the bus when one doesn't share a language with the other passengers."

7. "On the map, their destination had been a stretch of green, as if they would be living on a golf course."

Lepucki's novel debut California became a New York Times best-seller. The Boston Herald called it "one of the best novels of the year." In the novel, Los Angeles is crumbling and Cal and Frida have gone to live and work in the wilderness of California. Their dystopic world is complicated when Frida begins to suspect she's pregnant. The first line sets the tone, the pace and the context.

8. "The king stood in a pool of blue light, unmoored."

This book has already struck readers —s it made it on the  fiction longlist for the 2014 National Book Award. Mandel's opening line is a gorgeous illustration of what 10 perfectly chosen words can do. The rest of the book, a dystopian look at five people thrust together in this new world, is all substance and beauty.

9. "The child was just there on the stoop in the dark, hugging herself against the cold, all cried out and nearly sleeping."

Another longlister for the National Book Award, Robinson's novel is about a young homeless girl who has spent years wandering the countryside. She finds respite in Iowa and marria a small town minister, but her life there is forever informed by her past. This is the third of her trilogy about these characters. The second in the series, Gilead, won the Pulitzer Prize.

10. "The city had converted an elevated length of abandoned railway spur into an aerial greenway and the agent and I were walking south along it in the unseasonable warmth after an outrageously expensive celebratory meal in Chelsea that included baby octopuses

Lerner's novel has received praise across the board, particularly from NPR's Maureen Corrigan, who wrote, "10:04 is a strange and spectacular novel. Don't even worry about classifying it; just let Lerner's language sweep you off your feet." Which is exactly what that first line does.