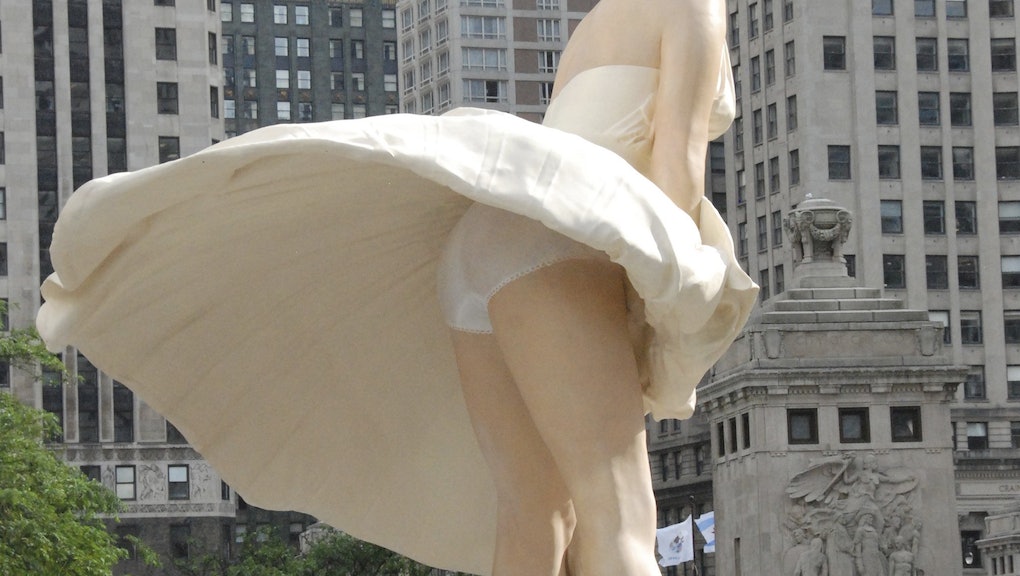 Texas Has Made Every Woman's Nightmare Totally Legal

The news: It's been a week of depressing news for the treatment of women in public spaces. Not only have more stolen celebrity nude photos been leaked, but we've seen a YouTube star turn street harassment into a "prank" and a young female actress get harassed and threatened for daring to speak up against sexism. And to put the cherry on top of this lovely cake: "Creepshots" are legal in Texas again.

Last week, the Texas Court of Criminal Appeals voted in an 8-1 ruling to strike down a law against "upskirting." While affirming that taking sexualized, nonconsensual pictures of women in public was "intolerable," the court ultimately found that a woman's right to privacy did not override a photographer's freedom of expression — even if that expression entails taking creepy pictures.

"Protecting someone who appears in public from being the object of sexual thoughts seems to be the sort of 'paternalistic interest in regulating the defendant's mind' that the First Amendment was designed to guard against," she continued.

Who is this protecting? While the argument that photographers have to be protected by the First Amendment does carry weight, it's important to question who really needs protection here.

Take for instance Ronald Thompson, the defendant in this case. In 2011, Thompson was arrested after taking inappropriate pictures at Sea World in San Antonio; according to the Guardian, the police later found on his camera "73 images of children in swimsuits 'with most of the photographs targeting the children's breast and buttocks areas.'"

While most of us can probably agree that that's pretty creepy, Thompson's lawyers argued that prosecuting him for taking pictures with sexual intent was "the stuff of Orwellian thought-crime" — and the court agreed. But the questions remains: While this court ruling might protect photographers, what about women in Texas who are forced to become unwilling participants in public sexual harassment?

For now, they have no legal recourse, which is why the Texas court decision is "a huge violation and absolutely appalling that the rights of predators are being valued over the rights of women and girls," Debjani Roy, deputy director of anti-street-harassment group Hollaback!, told the Guardian.

What can be done? According to the Keller's decision, the court's problem with the state law was not its goal of protecting women, but with its broad language, which banned photographs taken "with intent to arouse or gratify the sexual desire of the defendant." Under the original wording, a wide range of photographs could potentially be prosecuted — but more targeted language might win over Texas courts.

For instance, a similar law in Massachusetts was thrown out in spring for overreaching, forcing legislators to write a new, more specific law that criminalized "the secret photographing, videotaping or electronically surveilling of another person's sexual or other intimate parts." If Texas lawmakers can make a similar effort to revise the language of the original law, they might ensure that freedom of expression does not supersede the right to privacy.

"The Texas law seems to be overly broad," Gene Policinski, the Newseum Institute's chief operating officer and the senior vice president of its First Amendment Center, told the Los Angeles Times. "The pattern in these cases has been for the legislators to come back when a court rules and draw a narrower law."

But until that happens, "creepshots" are back to being legal in Texas.