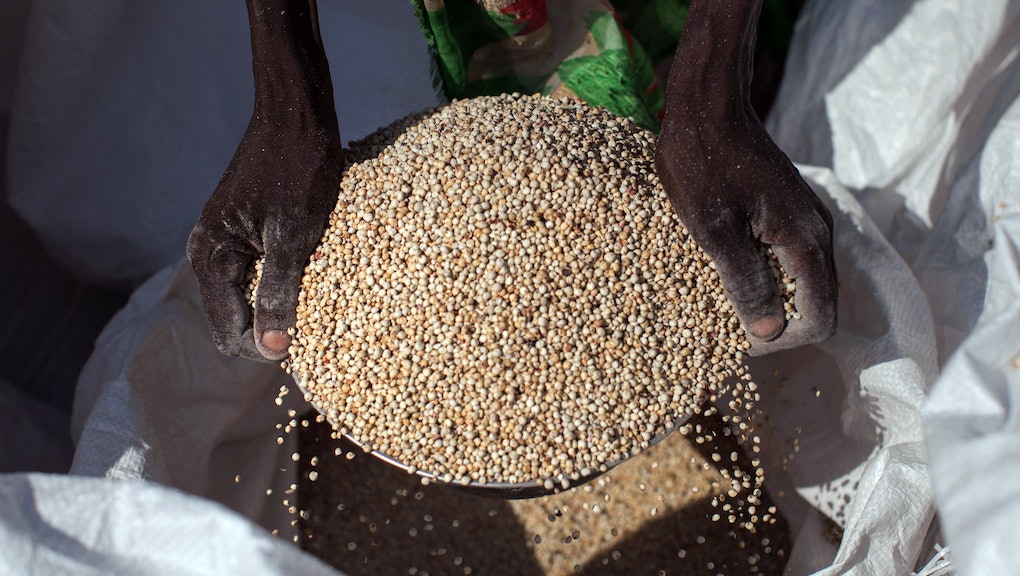 The news: With human population now expected to reach 11 billion by the end of the century, and with climate change affecting global food security, the big question is: How will we feed everyone? Well, how about cheating science?

Last week, the journal Nature published a study on genetically engineering food crops to have greater yields by making photosynthesis more efficient. By splicing genes from blue-green algae (cyanobacteria) — which fixes carbon much faster than most food crops — researchers have been able to create a tobacco plant with faster photosynthesizing enzymes.

For several years now, scientists have experimented with genetically modified organisms (GMOs), which can be engineered to contain more nutritional content or to have higher yields. And while there is still significant public and political backlash against the idea of lab-created, corporate-run "Frankenfood," this latest study provides an encouraging look at what GMO research can do.

"This is the first time that a plant has been created through genetic engineering to fix all of its carbon by a cyanobacterial enzyme," Maureen Hanson, a co-author of the study and a molecular biology professor at Cornell, said in a news release. "It is an important first step in creating plants with more efficient photosynthesis."

Still, this is an important step toward solving the issue of increasing global food security. According to estimates, if food crops photosynthesized at the same rate as cyanobacteria, crop production could increase anywhere from 35% to 60%, while cutting the need to use fertilizers.

So while you might not be comfortable with the idea of "hacking" food, it's not an option that can be completely counted out in the increasingly difficult fight against world hunger.