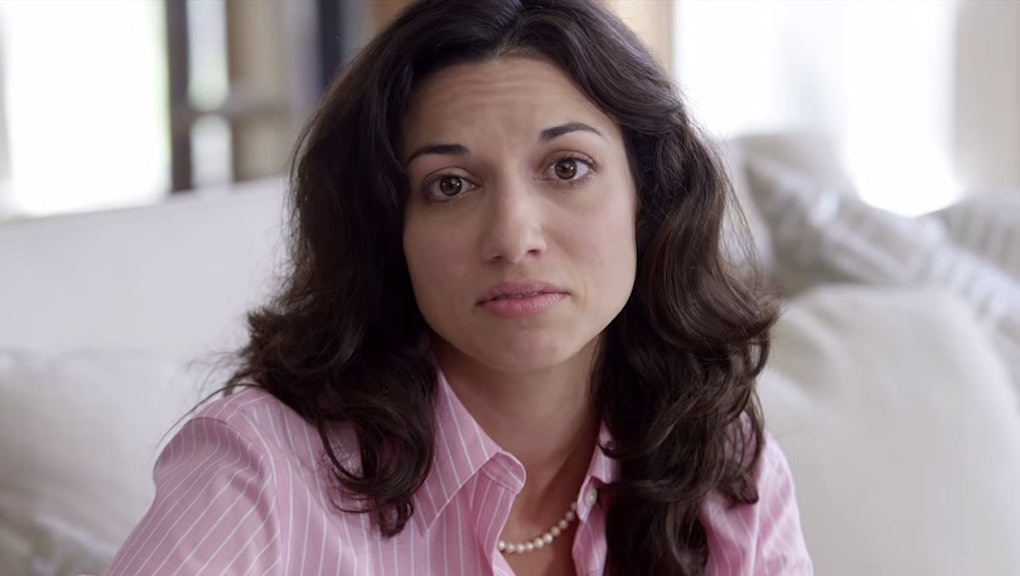 A new Republican ad called "Dating Profile" paints Obama as the bad, abusive boyfriend in an attempt to woo female voters. What could go wrong with that analogy?

"In 2008, I fell in love," the actress in the video says. "His online profile made him seem so perfect. Smart, handsome, charming, articulate, all the right values. I trusted him. ... By 2012, our relationship was in trouble. But I stuck with him because he promised he’d be better."

While conservative advocacy group Americans for Shared Prosperity (AFSP) may have thought it was being clever, the ad smacks of insensitivity, proving once again how much the Republican Party simply does not understand women.

"The goal here is to communicate with women voters in a way that outside groups and campaigns haven’t," AFSP leader John Jordan told Politico.

There certainly will be aspects of the film that resonate with women, just perhaps not in the way Jordan might have hoped. The clip's narrative appropriates the rhetoric of violence, specifically violence against women. This is something Republicans historically and statistically don't prioritize — last year, for example, 168 Republicans opposed the Violence Against Women Act. So their capitalizing upon this rhetoric — "He told me we'd be safe. He’s great at promises," the woman says — is downright tone-deaf and offensive.

"He’s in my emails, text messages, spying on me, but ignoring real threats," the actress laments. "He thinks the only thing I care about is free birth control, but he won’t even let me keep my own doctor."

The fact that Republicans appear able to conceive of relations to women only in terms of paternalistic sexual partners — that Obama is their "boyfriend" — is degrading and sexist. As Debbie Walsh, director of the Center for American Women and Politics (CAWP) at Rutgers, suggests, "Reducing the relationship women have with the government and the president to a dating relationship when we’re talking about serious policy issues ... I think these women voters feel they have a more complex relationship, and I’m not sure that’s really being understood."

Women are not children, and our existence in the world does not solely depend on relations to and with men. Republicans fail, consistently, to understand and respect the autonomy of women. This ad, just like their anti-abortion policies that devalue and disregard the lives of actual, living women, is just bad politics.