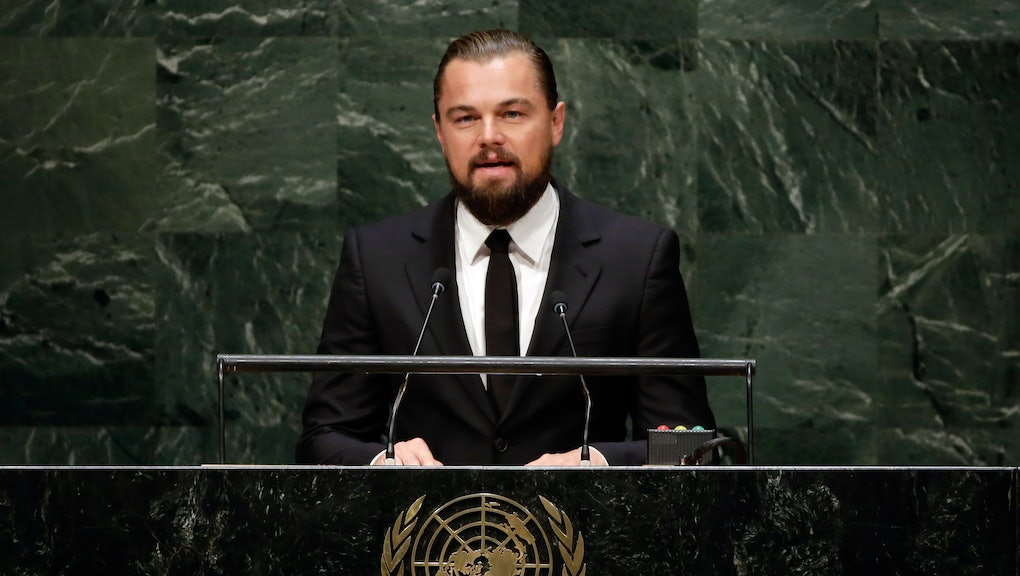 DiCaprio appeared as one of many speakers slated to deliver remarks at the U.N.'s Climate Summit in New York City.

"None of this is rhetoric and none of this is hysteria. It is fact," said DiCaprio, who serves as the United Nations' "messenger of peace." "As an actor, I pretend for a living. I play fictitious characters often solving fictitious problems. I believe that mankind has looked at climate change in the same way, as a fiction," he said. "But I think we all know better than that now."

"This is not a partisan debate, it is a human one," he continued. "Clean air and a livable climate are inalienable human rights."

Thank you, Mr. Secretary-General, your excellencies, ladies and gentleman, and distinguished guests. I'm honored to be here today. I stand before you not as an expert but as a concerned citizen, one of the 400,000 people who marched in the streets of New York on Sunday, and the billions of others around the world who want to solve our climate crisis.