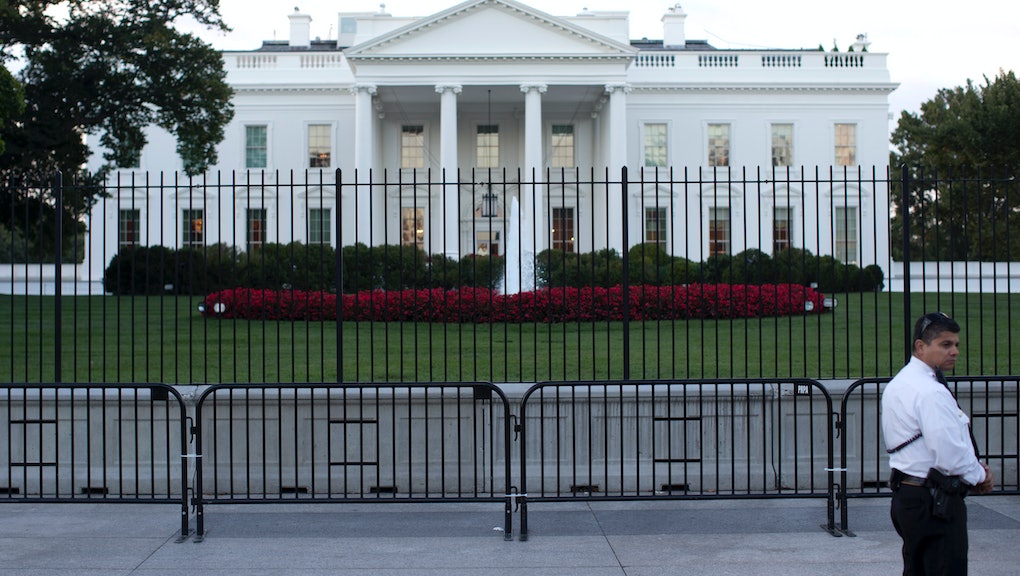 When 42-year-old Iraq War veteran Omar Gonzalez ran into the White House after jumping the complex's fence last week, the vast majority of pundits focused on the security of the White House perimeter and the inadequacy of the Secret Service's response. Almost everyone overlooked the real crisis underlying the incident: the fact that thousands of veterans are suffering from post-traumatic stress disorder, and many fall through the cracks of America's mental health system.

Nearly 30% of veterans who have been treated by the Department of Veterans Affairs since returning home from the wars in Iraq and Afghanistan have been diagnosed with PTSD. Very few become violent toward others or commit high-profile reckless acts like Gonzalez, and his actions cannot be directly attributed to his struggles with PTSD. Nonetheless, all those who struggle with the disorder live in pain, and many have flashbacks, depression, and a tendency toward self-harm.

"It's a full-blown crisis," Sita Diehl told Mic. Diehl is the director of state policy and advocacy for the National Alliance on Mental Illness (NAMI) and the author of a report about PTSD among veterans.

Omar Gonzalez's actions were "a cry for help" more than anything else.

One active duty soldier commits suicide every 36 hours, many of them because of PTSD, according to NAMI. Two thirds of homeless vets were found to suffer from PTSD in one major study. The VA estimates that 65% to 80% of Vietnam veterans who seek treatment for PTSD struggle with alcohol abuse. The condition is devastating for those suffering, their families and society as a whole.

Any traumatic event can trigger PTSD, from combat to an abusive situation at home. Between 7% and 8% of Americans experience PTSD at some point in their lives, according to the VA. But, for obvious reasons, combat veterans are uniquely susceptible and disproportionately affected by the disorder.

"We have more deployments now than at any time since 1973," Diehl said. "People are going back a second, a third, and even an eighth time. By that point it'd be rare for a person to not have PTSD."

Sadly, the story of Gonzalez's experience before he jumped the White House fence and ran into the presidential mansion is all too common among many veterans. He had been involved in several traumatic experiences over the course of three deployments to Iraq, including one in which he and his friend were pinned down under heavy fire for more than eight hours. In another incident, his Humvee was hit with an explosive, injuring his foot. Gonzalez was given a desk job and medical retirement in 2012.

Soon thereafter, his time in Iraq started to take its toll. He began getting paranoid, hiding guns around the house and waking up in the middle of the night with recurring nightmares.

"He would just look sad all the time. ... He'd lay there and look like he'd want to cry," his ex-wife told the Los Angeles Times. By the time he jumped the White House fence last week, he had been living out of his car for two years.

Gonzalez was on anti-anxiety medication and antidepressants, but he complained about his treatment by the VA to his family. The VA hospital closest to him was among those outed in a scandal earlier this year over long wait times and messy bookkeeping. The agency, which is charged with providing veterans health care, is notorious for requiring high burdens of proof that the trauma was caused by combat experience, and veterans often wait many months for reimbursement after treatment.

Diehl said the high burden of proof speaks to one of the biggest challenges in addressing PTSD — the disorder can take months to rear its head. When soldiers come back from war, they may show signs of depression soon after, but it's extremely rare for PTSD symptoms to emerge within the first six months of returning home.

Without adequate early care, PTSD can lead to a host of problems. Those afflicted often experience frequent nightmares, uncontrollable flashbacks and severe anxiety and depression.

The disorder can have ancillary effects on those close to those suffering, as well. In some cases, PTSD can lead to domestic violence. In others, the effects are more subtle: family members living with someone with PTSD have been found to have increased rates of other mental issues like depression.

PTSD is a monumental problem with no easy solution, but there are some simple steps individuals can take to help those who are suffering. Diehl said it comes down to being an understanding and compassionate person. With the support of a community, according to Diehl, PTSD sufferers tend to do a lot better.

"Don't force them to talk about their trauma. Being kind to people, being a good employer, church member, landlord," she said. "It's not glamorous but a lot of what people can do is just not turn away from PTSD sufferers, but turn toward them."

That is as good a lesson as any to keep in mind when thinking about Omar Gonzalez, whose actions last week might have been "a cry for help" more than anything else.