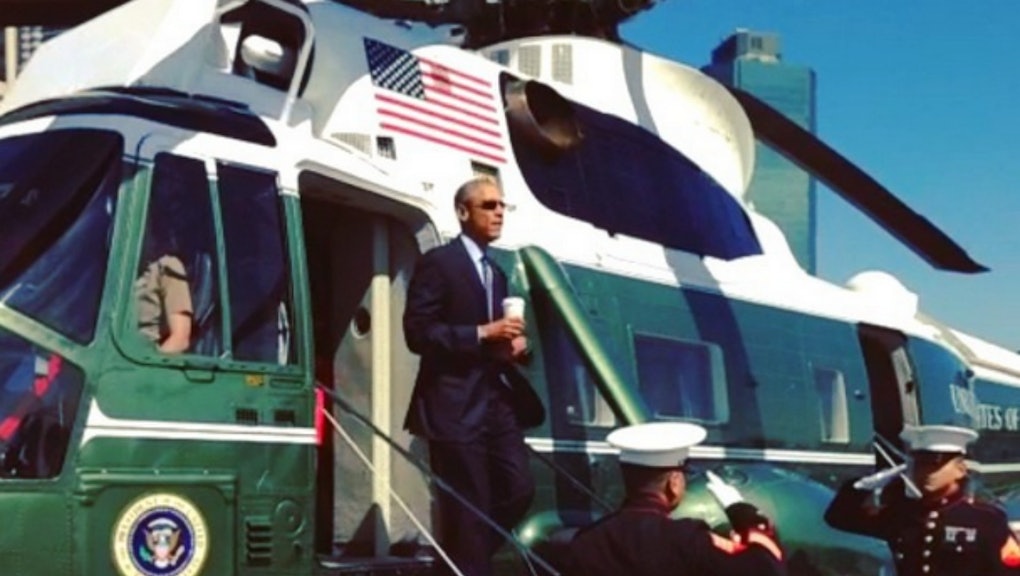 5 Photos You Didn't See From Obama's Trip to the UN

President Obama saluted two Marines while exiting Marine One in New York City on Tuesday as he held a coffee cup in the same hand. The video went viral after the White House posted the video to Instagram:

While it is protocol for U.S. service members in uniform to salute the commander in chief, it's not required for a civilian president to salute back, military experts told Yahoo News.

In reality, the social media firestorm and cable news talking heads are letting a silly Instagram video completely overshadow Obama's historic address to the United Nations on international efforts to combat climate change. With Ebola and the battle against Islamic State militants on the docket for the UN General Assembly meeting in New York this week, the media should find more important topics to focus on.

Sometimes a latte is just a latte, people.