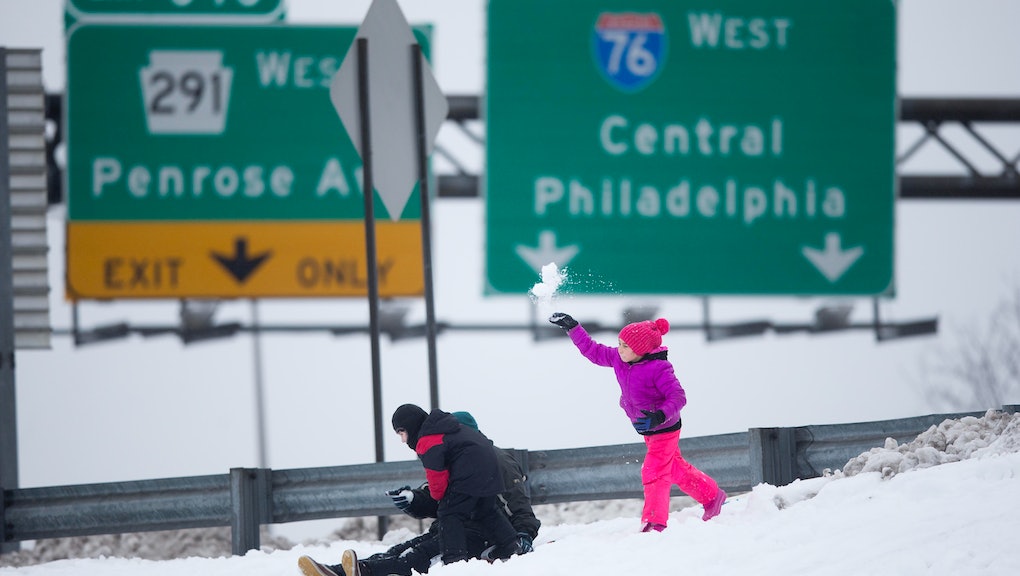 The news: Snow days, those hallowed wintertime freedom fiestas, are on the brink of extinction, and it's all thanks to technology. Instead of snuggling up in front of the television or sledding until the sun goes down, the pupils of tomorrow can now look forward to lessons and homework on their days off.

Students across Pennsylvania will soon be forced to endure a pilot program called "Flexible Instructional Days," which will use things like cyberschool when inclement weather or other emergencies hit.

The program is a welcome change in the eyes of administrators who were forced to stretch school calendars into July as winter storms wreaked havoc on their districts. It faces challenges, ensuring all students have adequate Internet access chief among them, but officials, at least, are excited.

"I think it's awesome," Lisa Hoban, principal of Holy Rosary Regional Catholic School, told the Philadelphia Inquirer. "This year, I've already been approached by parents who said, 'Tell me how the cyber days are going to work.'"

We get it, we really do. Administrators are under lots of pressure to make their districts run smoothly, and bad weather can throw a big wrench in the works. They're simply trying to get creative in order to fulfill legal requirements and combat the documented problems associated with the country's comparatively short school years and underperforming students. Over 75% of households reported having a computer in 2011 and the number is only growing, so it's fair to try out new methods such as cyber days.

But on the other hand: Snow days are a beloved part of any Northeastern or Midwestern childhood. This joy cannot be understated, even if parents don't exactly feel the same way. Hoban claims her students "love" cyber days. "Based on what I saw, the children were highly engaged. Maybe because it was new; you have to take that into account," she said.

These kids will be stuck inside instead of enjoying the fluffy white stuff — just like their parents, who can't escape work because they're constantly plugged in. It's a depressing, if unavoidable, offshoot our global tech dependence, and no one is spared, not even kids.

Of course, a snow-day extinction isn't the end of the world. But it does evoke a sad laugh from those of us lucky enough to experience how mind-blowingly amazing it was to get the day off because of the weather. Robert Frost had it right — a dust of snow really does make for a day-saver.

If they have to, these kids should treat "cyber schools" like the rest of us treat working from home: as an excuse to hang out in pajamas and revel in the joy of talking to a boss (or teacher) in ways you would never get to normally.