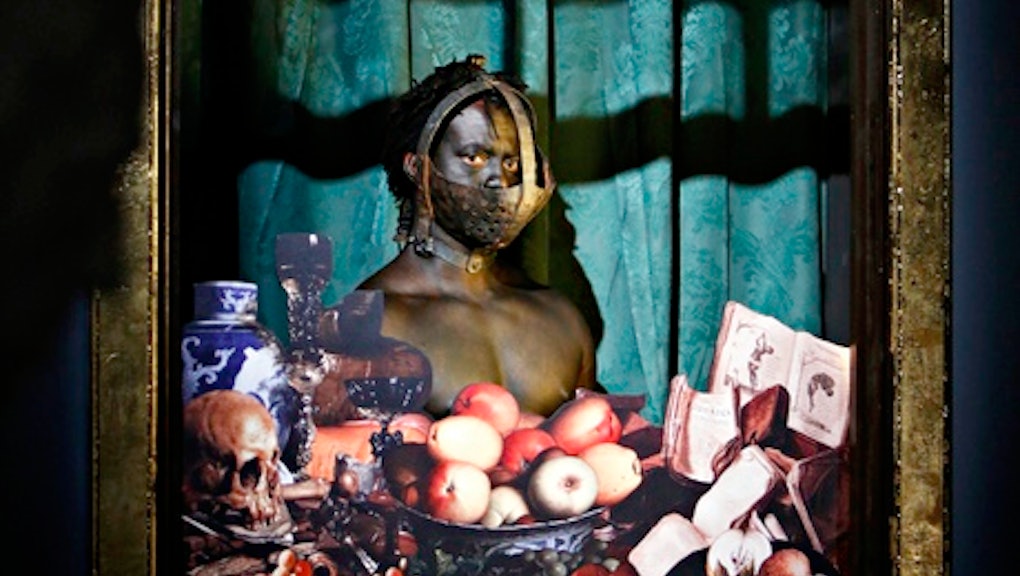 On its fall calendar, London's Barbican performing arts center had slated a controversial production called "Exhibit B - The Human Zoo." The performance featured black actors shackled, bound and gagged, chained and caged in 12 tableaux vivants all to make a point about the history of colonial powers in Africa. The performance's ambition was to reflect upon, raise awareness about and ultimately skewer the racist model villages (or human zoos) that had been so popular amongst Europeans in centuries past.

Last week, the Barbican announced that due to intense protests, they canceled the production. The story surrounding "Exhibit B," its genesis and closure, is a controversial one that highlights the issues surrounding race and censorship and underscores two realities: that black artists need to be given more of a spotlight, and uncomfortable art about racism isn't necessarily racist.

Part of the problem is that the artist behind "Exhibit B" is Brett Bailey, a white South African. His work has been called inherently racist even while critics have lauded the piece — the Guardian's critic gave the project five out of five stars and called "Exhibit B" "both unbearable and essential." The protesters and petition-signers, of which there were over 22,000, who opposed the work staunchly disagreed.

Bailey produced a body of work that aimed to critique racism, featuring an ensemble of black actors who believed in the piece, including cast member Stella Odunlami, who voiced her support to BBC. So what the production's backlash proves is that this institution called the "art world" needs to be called to task for an ongoing problem: Art should be able to take on the most unsettling parts of our racial history, but this is difficult to do when the loudest and most celebrated voices tend to be white.

"For 'Exhibit B' to be anything other than another here-today-gone-tomorrow exhibition that takes the message of the work to heart, the Barbican would have to be engaged in dialogue with black artists and audiences as part of an ongoing commitment to eradicate institutional racism from the arts," Julia Farrington wrote for Index on Censorship.

A new exhibition by black artist Nick Cave that opened in New York in the last month, challenging these very ideas of white artists and white audiences discussing race — in the highly self-aware "Made by Whites for Whites." Taking antique, racist iconography and placing them in overly beautiful found-object tableaus, Cave explores what it means for white people to make loaded imagery of other races for a white audience. It's a pretty meta artistic representation of what's happening now across the art world.

A white artist talking about race is not, by itself, an act of racism. And black artists, like Cave and many others, are out there producing excellent work discussing the issues black history. But while galleries and venues continue to present their big, ballsy works of art about race without considering the current imbalance in representation, problems continue to escalate.

And it's these problems that the resistance to "Exhibit B," as good as it may have been, brought to the fore yet again.