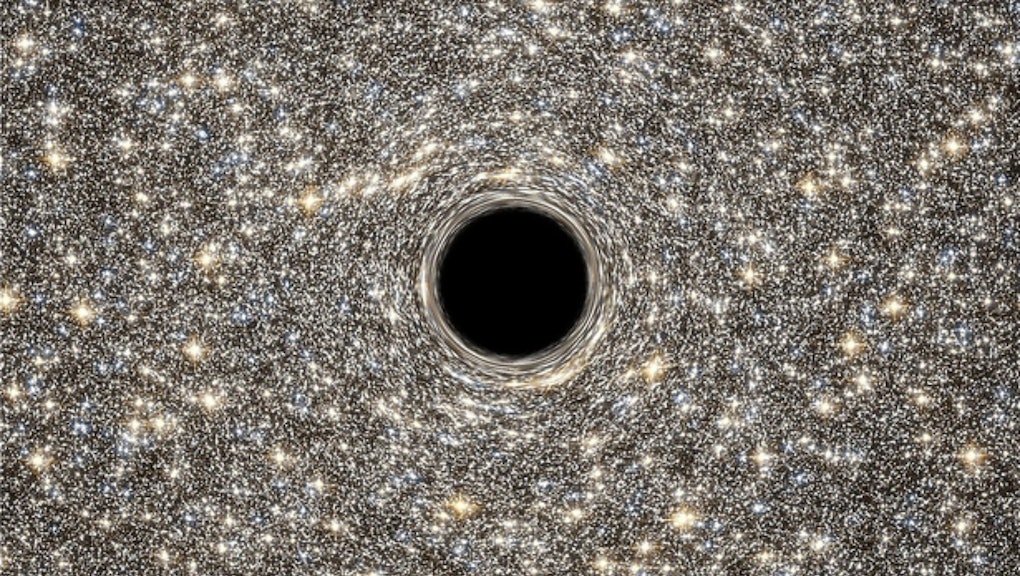 There Is No Such Thing as a Black Hole, According to Surprising New Research

The news: Well, this puts a damper on every work of science fiction.

On Wednesday, Laura Mersini-Houghton, a theoretical physicist at University of North Carolina at Chapel Hill, made a startling announcement: She claims to have mathematically proven that black holes cannot exist. Combining two seemingly contradictory theories, Einstein's theory of gravity and a fundamental law of quantum theory, Mersini-Houghton found that the much-theorized astronomical phenomenon "can never come into being in the first place."

"I'm still not over the shock," Mersini-Houghton said in a news release. "We've been studying this problem for more than 50 years and this solution gives us a lot to think about."

What does this mean? Much of the existing thought regarding black holes is based on Albert Einstein's theory of relativity: It's commonly theorized that as a star collapses under its own gravity, it emits radiation and creates a black hole where no object can escape its gravitational pull.

But this directly contradicts the quantum theory law that states that no information in the universe can disappear. This prompted physicist Stephen Hawking to propose a work-around solution earlier this year, positing that black holes only hold matter and energy temporarily before releasing them. What Mersini-Houghton is now arguing is that when stars release radiation, they lose mass as well — so much so that they can never have the density to become a black hole.

"Physicists have been trying to merge these two theories — Einstein's theory of gravity and quantum mechanics — for decades, but this scenario brings these two theories together, into harmony," Mersini-Houghton said. "And that's a big deal."

Does this actually change things? Considering that physicists have been debating black holes for decades, it's safe to say that Mersini-Houghton's study won't be the final word on the matter. And given how astronomers announced the discovery of a supermassive black hole just last week, it will take a while for the rest of the scientific community to rally around this idea.

And just imagine how boring sci-fi movies would be without a terrifying black hole to from which to escape.