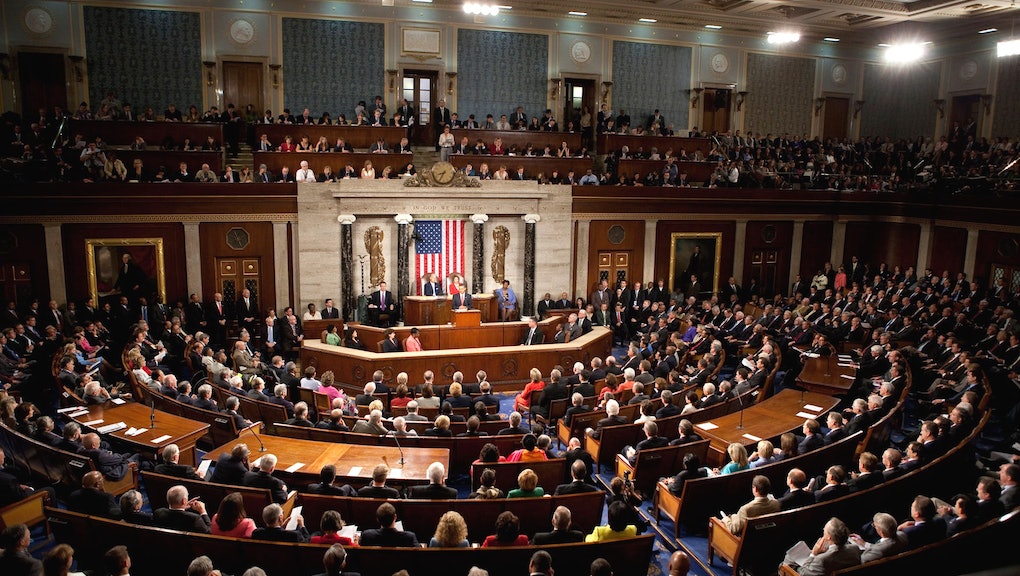 After the 2014 midterm elections, we could have more women serving in Congress than at any point in the institution’s history.

That Congress is becoming more representative is a long overdue and potentially powerful shift. Data, anecdotal and otherwise, suggests that female legislators approach policymaking differently than their male counterparts in ways that could have a positive impact on all of us.

The change is recent and remarkable. Since 1995, there’s been a 74% increase in the number of women in Congress. Now, for the 2014 midterms, there are 176 women running for Congress. Analyses suggest that women will retain their gains of the last few years in the House. And depending on the outcome of a few Senate races, particularly in Georgia and North Carolina, the Senate could very well include more women than last year. That would leave us with a record-breaking session of Congress, with over 100 women in the nation’s legislative body.

It’s a refreshing sign. The current underrepresentation of women at the federal and state levels is disappointing, to say the least. Women make up the majority of the U.S. population but hold fewer than one in five seats in Congress. The same is generally true for state executive and legislative offices.

It matters because, as Tina Fey and Amy Poehler like to say, women get stuff done. During an otherwise inactive session of Congress, women passed the majority of legislation in 2013. Whether it was the budget, transportation bill, farm bill or the Violence Against Women Act, women were the ranking members of the committees that got each of these laws passed. Women, arguably, tend to favor consensus building more than their male counterparts, a key element of securing agreements.

“I am very proud that these women are stepping forward,” Sen. John McCain (R-Ariz.) told Time last year. “Imagine what they could do if there were 50 of them.”

With more women in Congress, we would likely see more legislation focused on supporting mothers and families. Research shows that female legislators put “a higher legislative priority on issues concerning women’s rights and children and families.” The young women in Congress and in states around the country suggest that’s true.

She’s not the only one fighting for women and families. Carly Melin, 29, a member of the Minnesota House of Representatives, is pushing hard for better paid maternity leave. Inspired by her own newfound motherhood and that of her friends, she authored a bill, which recently became law, doubling maternity leave for the women in her state.

“I have a number of friends right now with young children. Some have had to return to work when their infants are only 5 or 6 weeks old because they cannot afford to go without a paycheck for the full 12 weeks,” Melin told Mic. “I believe it's in the best interest of families, our state and our economy to allow parents the time they need with a newborn.”

Melin wants the federal government to ditch its current position on paid leave, which puts the U.S.  pretty much in last place among many developed and underdeveloped countries.

Other female politicians show that in addition to the focus on pro-family and pro-children policies, women often get things done differently. Massachusetts’ first Latina state senator, Sonia Chang-Díaz, is a former public school teacher who first ran for political office in 2006, when she was 28. She’s now a new mother who is taking a systemic approach to improving education for all children. And she’s doing it through strategic compromise.

“[Charter schools] are a deeply divisive issue that very nearly splits our state, and probably much of the country, down the middle,” Chang-Díaz told Mic. “The real shame of this debate is that parents on both sides are seeking the exact same thing: access to more high-quality educational options for their children.”

Chang-Díaz has introduced a bill that addresses inequities in funding and student population for district schools, while allowing targeted expansion for charters that perform well under tighter standards.

Whether it’s knowing how to get things done or addressing some of the major issues in America, these young women are proving the following to be true: Having more women in politics will affect the way things get done and what gets done.

It’s a powerful reminder for 2014 and beyond.