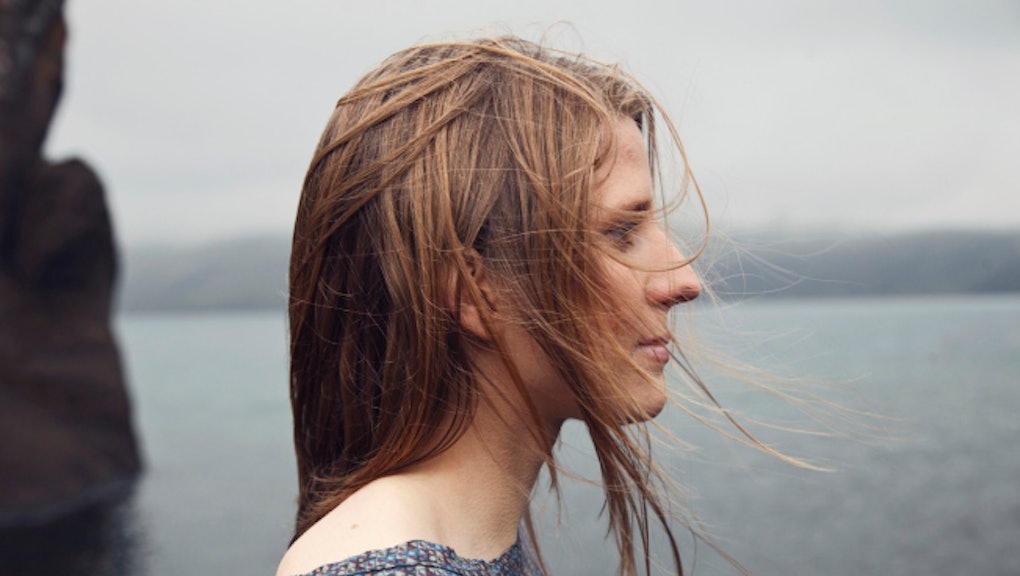 The Love Story From 'Once' Didn't End With the Movie

Once was filmed on the cheap, in Dublin, by the ex-bassist of a cult favorite Irish rock band called the Frames. Then it became an international sensation; then, a Broadway musical. But behind the timeless love story was a set of timeless songs by the Frames' frontman, Glen Hansard, and a young, unknown Czech Republic native named Markéta Irglová. They'd recorded an album as Swell Season, and the songs were strong enough — and narratively rich enough — to hold a film together.

Once denied the dreamers, who dated and then broke up, a wonderful, everything-is-lovely ending. But Markéta, 26, now enjoys making her own uncompromising music, thanks largely to that unhappy-happy story's royalties. Once became a Broadway smash in 2012, going on to sweep the Tony Awards with eight giant wins. Months before the second Once took off, Markéta released her debut solo album, Anar.

Two years later, she sang, "You can have whatever you can dream of" at the start of her new record, Muna. It's impossible not to believe, coming from a woman whose story reads as a true fairy tale, sweeter even than Once, the tiny indie movie that could change a life.

"The way things have happened in my life so far, it all seems so beautifully organized," Markéta told Mic on a Skype call from Reykjavik, where she now lives, after time in Ireland and New York City. "I don't have the kind of drive and ambition, and I've never had it, to build a career for myself. I started to do the music because it was a fun thing to do, to write music with Glen" — whom she has known, through her father, since age 13 — "and then all of the other things that have happened."

Markéta sometimes still imagines lives where she's not making music, and finds them alluring. But the "love and support" fostered by Once and everything after keeps Markéta recording and touring. Both the lyrics on Muna and a conversation with Markéta radiate a clear message: She's stumbled into her destiny, at least for now. And music seems to be driving Markéta to love and surprise.

Markéta got to know her partner, Sturla Mio Þórisson, the father of her 11-month-old daughter, in the studio for Muna. Þórisson recorded, mixed and produced the album, eventually getting so involved as to perform on it, and to contribute the packaging's layout and photographs. He helped with the artwork, too. "He's a huge part of it," Markéta says. "He's all over the record, he's completely instrumental in its creation." As another album grew with new love, so too have Markéta's days shifted with the arrival of new life. "I'm completely just lost in the experience of getting to know this little person and seeing her grow," she says. "It's like getting to know the world all over again, you know?"

Muna, like Anar before it, is expansive. Built around Markéta's piano-playing and her philosophical, often free-verse, rhyming-be-damned lyrics, Muna means "to remember" in Icelandic. It's an album whose questions are as big and searching as the concept of remembering. Yet it's catchy, too — not in the "Baby, you're a firework" sense, but in the wordy, adventurous way Bob Dylan and Lauryn Hill can grab and hold you. The perspective is what's addictive, the kind of voice you're compelled to sit with a while. Muna has a resonance, sonically and lyrically, that can be hard to find on the radio.

"Generally I don't enjoy it," Markéta says of modern pop. "Most of it, or at least a lot of it, is written with this style that all sounds sort of the same to me, because this approach of 'hit these points that are gonna make it popular, repeat these three lines over and over again because they're memorable and people can sing them live during the shows.' All this sort of stuff completely puts me off. It feels like it was made in a factory, which immediately loses my interest."

She does, however, like Beyoncé. "I feel she does something very important for the world," Markéta says, "which is to help women reclaim their power as human beings. And she's an incredible dancer, and her voice is out of this world." She likes Queen Bey for the same reason the world loved Once — her authenticity.

While we should thank Queen Bey for #surfbort and all good things on planet Earth, Markéta too is important for this world, in a quieter way. While Beyoncé closes her last record by cooing a chorus of "Hold on to me" to baby celebrity Blue, Markéta opens Muna with a mother, perhaps one like herself, singing to a newborn about the fantastical journeys life can offer.

"Let the color rays pass through you," Markéta intones, slowly, lovingly, dreamily. "Red, orange, yellow, green, turquoise, indigo, purple." On paper, it's a mouthful. On record, it's a story you have to hear the end of.