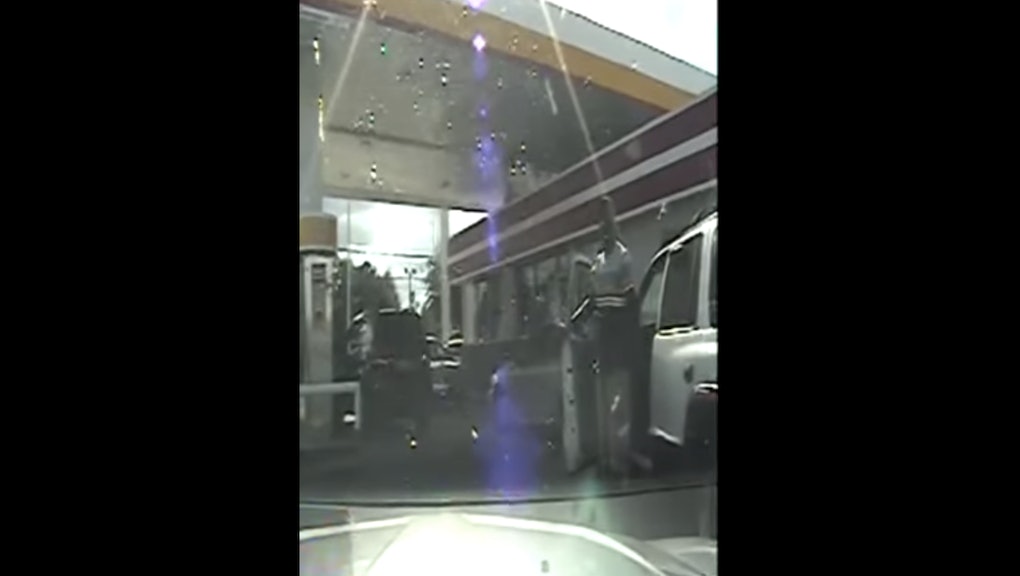 The Case for Outfitting Every Cop with a Camera, in One Disturbing Video

The Sept. 4 shooting occurred after Officer Sean Groubert watched 35-year-old black man Levar Jones pull into a parking lot in his white pickup truck without wearing a seatbelt, an offense that carries a $25 fine in South Carolina.

At least two of the rounds were clearly discharged after Jones was moving away from the vehicle, and the final bullet is fired as a shocked Jones' arms are raised.

The footage is hard to watch. The bullets begin flying at around 45 seconds in:

"Get on the ground!" Groubert screams, as a wounded Jones says, "I just got my license. You said get my license."

"Sir, why was I shot? All I did was reach for my license," Jones says, a bullet lodged in his hip. "I'm coming from work." In response, the officer arrests him.

That escalated quickly: From the footage, it looks awfully clear that Jones posed no threat to the officer other than being a black man. Groubert's attorney argues that Jones reached for his license "aggressively." It's a stark reminder that black men in America can be shot and killed by law enforcement with relative impunity over the smallest infractions.

Fortunately, South Carolina Department of Public Safety director Leroy Smith agrees that this footage is "disturbing." Groubert was arrested and jailed Wednesday on $75,000 bond, according to Talking Points Memo. If convicted of assault and battery of a high and aggravated nature, Groubert could face 20 years in jail.

The case for cameras: As Talking Points Memo's Dylan Scott notes, the case against Groubert "highlights how rare it is for a law enforcement officer to be charged in a shooting, and also shows the vital role that video cameras can play in these types of altercations."

"Would Groubert have lost his badge and be facing charges had there not been a dash cam video revealing the reality of what happened?" asks Talking Points Memo's Josh Marshall. Probably not. Video footage was instrumental in exonerating Jones and demonstrating that Groubert should never be given a badge and a gun again, but not every shooting occurs right in front of a squad car with a dash cam running. Body cameras would help ensure officers that fire their weapons on unarmed civilians without justification are held accountable.