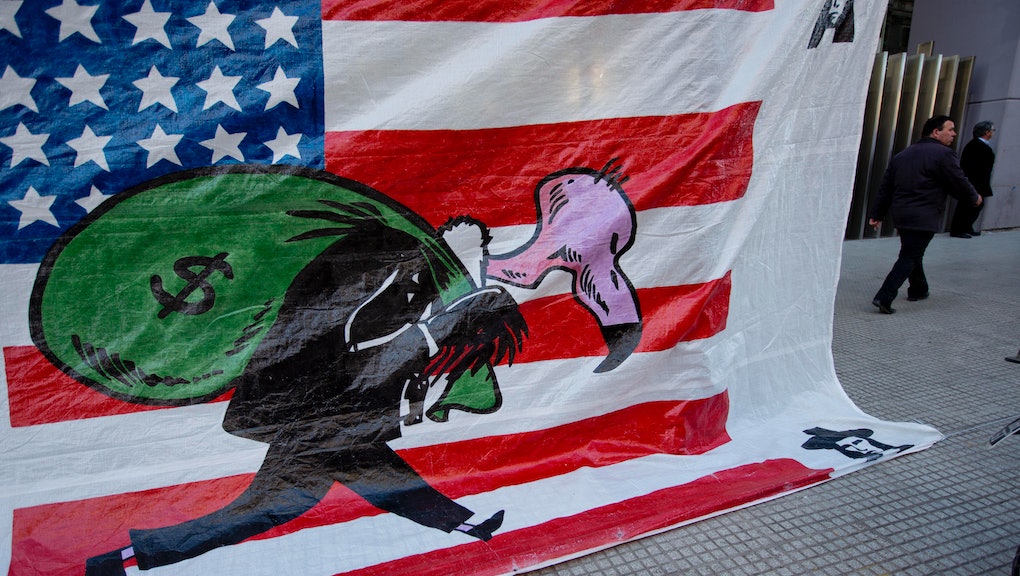 The Government Entrusted Hedge Funds With Your Pension, and Now You're Screwed

The news: Work hard when you're young, and your pensions will take care of you when you're old — or so workers have been promised.

But a bleak new report from Moody's Investors Service suggests many of these promises may go unfulfilled. In an assessment released Thursday, Moody's found that 25 of the biggest public pensions in America currently face a $2 trillion gap in unfunded liabilities. That's a $2 trillion gap between what these pensions promised to pay and what they can actually pay.

And though these systems — which collectively manage 40% of the $5.3 trillion in U.S. public pensions —averaged a 7.45 percent return from 2004 to 2013, their liabilities tripled in the same time period.

"Despite the robust investment returns since 2004, annual growth in unfunded pension liabilities has outstripped these returns," Moody's said. "This growth is due to inadequate pension contributions, stemming from a variety of actuarial and funding practices, as well as the sheer growth of pension liabilities as benefit accruals accelerate with the passage of time, salary increases and additional years of service."

What does this mean? The future looks bleak nearly everywhere. Illinois faces the worst pension debt rate right now, with 258% three-year average liability over revenue. Next up is Connecticut, with around 200%. Three other states — New Jersey, Hawaii, and Louisiana — have rates higher than 120%. The median rate is 51%.

Still, some states perform better than others. Moody's highlighted Ohio, Florida, New York, Iowa, Wisconsin and Nebraska as the best of the bunch, and Tennessee Consolidated Retirement System and Wisconsin Department of Employee Trust Fund were the only two of the top 25 pension systems that reported modest growth in unfunded liabilities.

Why is this happening? There are several factors at work here. For one, the economy has not completely recovered from the recession, and plan sponsors are not contributing as much as they should be.

You also can't ignore the effect of a swelling aging population, which puts a significant strain on the system: "By 2033, the number of older Americans will balloon from 46.6 million today to more than 77 million, according to the Social Security Administration. These men and women are living longer than ever before, and yet 34 percent of today's workforce has no retirement savings and 51 percent has no private pension coverage," Newsweek reported.

Aging baby boomers aside, the other major issue is that managers of big public pension systems continue to invest in risky hedge funds. As Al Jazeera pointed out, "Hedge funds simply are not appropriate for taxpayers and public-sector workers. They are, rather, for wealthy speculators willing to take big risks in the hopes of earning big rewards while being able to tolerate the chance that an investment will shrivel or even be wiped out." If you don't gamble too big, your losses aren't too big, either.

The question remains whether actions taken now will be enough to minimize the damage that's already been done, and whether these systems can recover quickly enough to make sure that current retirees get their just due — let alone the generations to come.