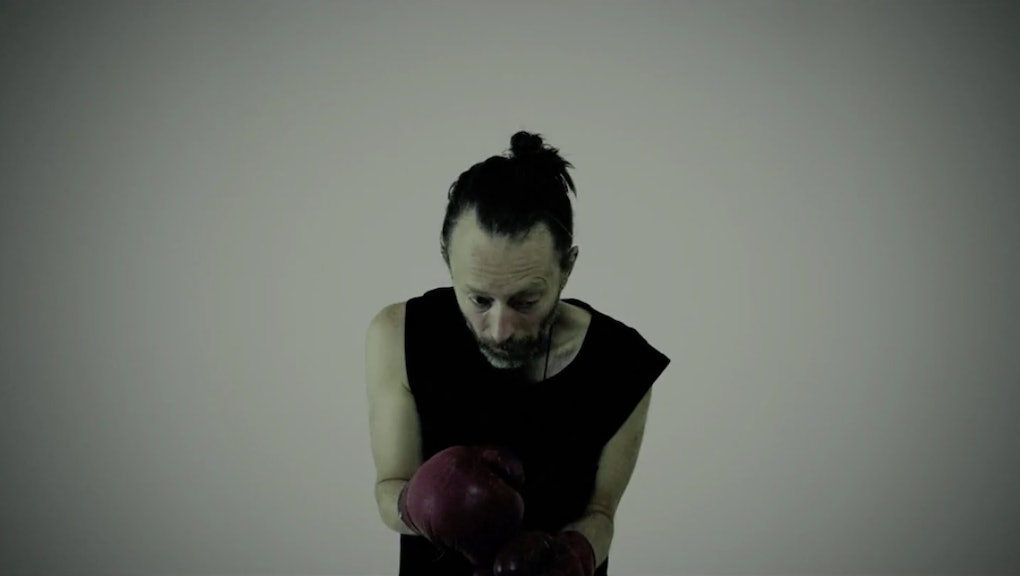 In a note cowritten with longtime collaborator Nigel Godrich and posted on Radiohead's website, Yorke explained that his online distribution experiment "does not require any server uploading or hosting costs or 'cloud' malarkey." The album is available for download right now at $6.

As an experiment we are using a new version of BitTorrent to distribute a new Thom Yorke record.The new Torrent files have a pay gate to access a bundle of files..The files can be anything, but in this case is an 'album'.It's an experiment to see if the mechanics of the system are something that the general public can get its head around ...If it works well it could be an effective way of handing some control of internet commerce back to people who are creating the work.Enabling those people who make either music, video or any other kind of digital content to sell it themselves.Bypassing the self elected gate-keepers.If it works anyone can do this exactly as we have done.The torrent mechanism does not require any server uploading or hosting costs or 'cloud' malarkey.It's a self-contained embeddable shop front...The network not only carries the traffic, it also hosts the file. The file is in the network.Oh yes and it's called

This isn't the first time Yorke has experimented with distributing music online. In 2007, with the completion of In Rainbows, Radiohead said they would release the new album in its entirety 10 days later for whatever price fans wanted to pay.

In the years since, Yorke has become a vocal critic of streaming, the online music distribution system many claim to be saving the industry. He's denounced streaming services like Spotify as "the last desperate fart of a dying corpse" that is the music industry.