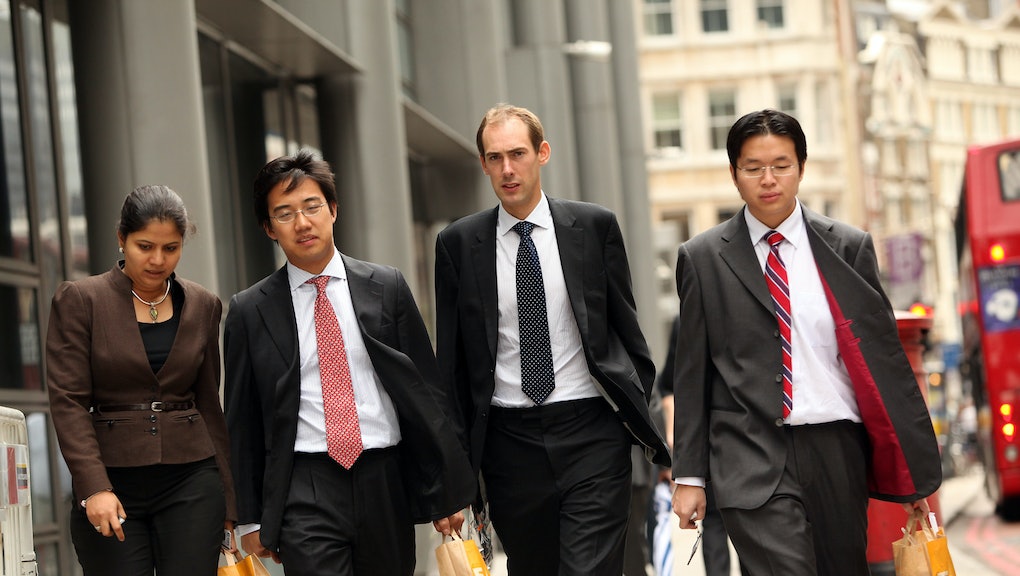 As the highly visible co-founder of LookSmart, the first Australian tech company to appear on the Nasdaq stock exchange, Evan Thornley is in a unique position to influence startup culture.

But when Thornley had such an opportunity to discuss issues of equal representation between men and women in the tech industry as a speaker at an Australian conference, he squandered it. Instead of discussing how the tech industry can better address issues of sex, gender and race, Thornley decided to use the gig as a platform to brag about his aptitude for hiring talented women on the cheap because of — you guessed it — the gender pay gap.

"Call me opportunistic, I just thought I could get better people, with less competition, because we were willing to understand the skills and capabilities that these women had," he said. "There is a great arbitrage there, we would give them more responsibility and greater share of the rewards, than they were likely to get anywhere else and that was still somewhat cheaper to what we would have had to pay for someone less good for someone of a different gender."

"I'm not advocating that, that inequality should stay – I'm just saying that there is an opportunity for forward-thinking people," he continued. Right, because encouraging this kind of twisted competition is incredibly helpful for women already struggling to keep pace with men.

It gets worse. In his accompanying PowerPoint presentation, Thornley used the following slide to illustrate his point:

Thornley essentially argued he was doing a good deed by hiring women — on the cheap — instead of the overqualified men that normally populate the industry.

The backlash: After outlets everywhere — not to mention many women in the tech industry — called him out for his sexist remarks, Thornley backtracked in a comment posted on the Australian startup blog Startup Daily: "Yep, stuffed that up. What I was trying to say folks was 'gender inequality sucks everywhere but esp in tech — I do what I can to combat it'. Sorry it didn't come out that way."

According to the Sydney Morning Herald, he also tried to argue that he "'always paid men and women exactly the same' for the same work," even though he more or less said the exact opposite at the conference.

Rather than going with the simple solution — paying women equally — he instead took advantage of the gender pay gap and slapped a "good business practice" sticker on it.

His comments were idiotic, but they highlighted something important. The gender pay gap is an enormous problem, but it's particularly bad in tech, science and engineering fields. Thornley's remarks, which, though dumb, were likely not malicious in intent, simply exposed what the rest of us already knew.

"We all knew this already. It's just that no one was boneheaded enough to say it so blatantly and so publicly. When people talk about this, they generally code it.

Thornley's comments were brazenly sexist, and his apology was, as the Huffington Post wrote, "tepid," but they were right out there in the open. The first step to changing deeply entrenched cultures like those present at tech companies is acknowledging that there's a problem in the first place. Thornley has taken this obscured inequality and thrown it precisely where it needs to be: center stage.