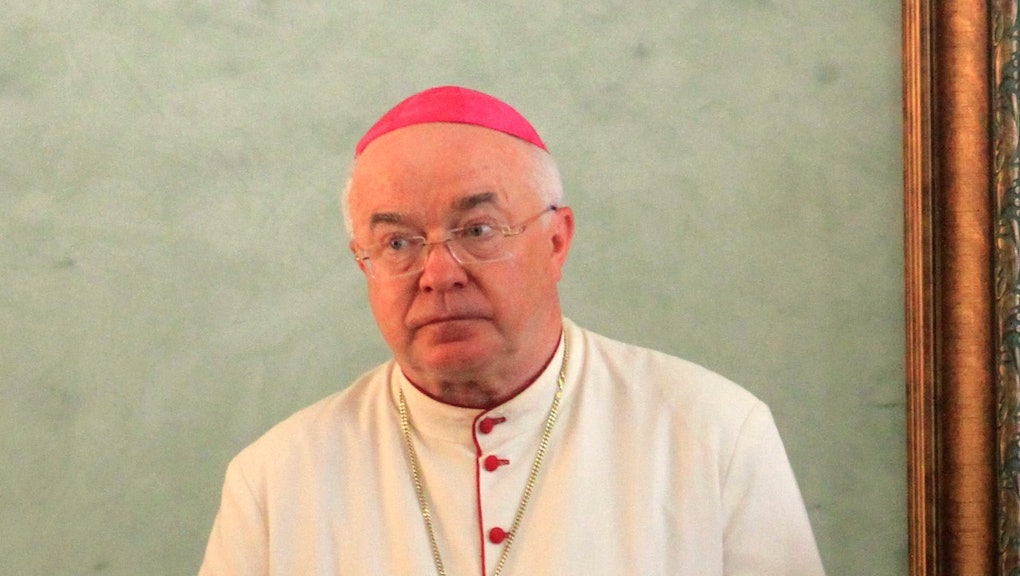 A former archbishop placed under house arrest by the Vatican on Tuesday allegedly had 100,000 child pornography videos and images hidden on his work computer at the Holy See's compound in the Dominican Republic, according to a report in Italy's Il Corriere della Sera.

"A gallery of horrors was kept on his laptop," Il Corriere della Sera reports. "You see children aged between 13 and 17 humiliated in front of the camera, filmed naked, forced to have sex with each other and with adults."

The Vatican said the arrest reflects the wishes of Pope Francis "that such a grave and delicate case be handled without delay, with the just and necessary rigor."

The Pope had vowed "zero tolerance" against clergymen who sexually abuse children. In July, Francis met with victims of clerical sexual abuse for the first time in Vatican history, pledging the church officials responsible would be held accountable by the Vatican and likening the abuse to a "sacrilegious cult."

"Before God and his people, I express my sorrow for the sins and grave crimes of clerical sexual abuse committed against you, and I humbly ask forgiveness," the Los Angeles Times reported Francis as saying.

In 2013, Francis overhauled Vatican law to detailing sexual violence against children as a crime in an effort to address the damage inflicted on Catholic Church by years of sexual abuse scandals. Under the new rules, sexual crimes against minors and punishable by up to 12 years in prison.

An earlier version of this article cited Reuters reporting, but did not include quotations around the cited passage. The story has been updated to fully attribute Reuters' language.