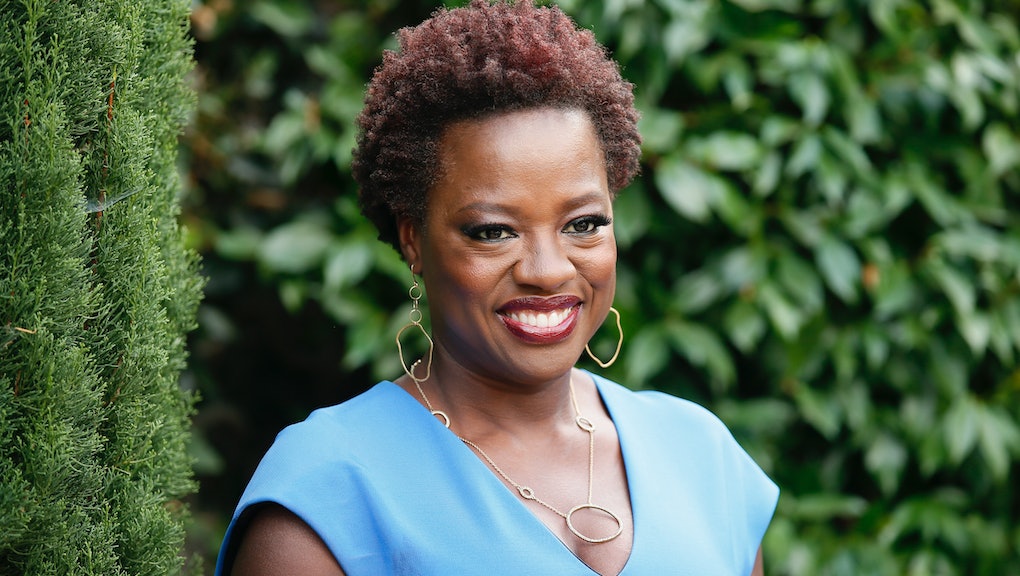 It's perpetually open season in America on black women and their bodies.

For decades, black women's hairstyles, dance moves, physical features and even slang has been mocked, denigrated and appropriated by mainstream white culture — from Bo Derek's "revolutionary" corn rows in 1979 to Miley Cyrus twerking all over the place.

Those are words black women — particularly women with darker skin — have heard for years, especially in comparison to white women. But that hasn't stopped them from owning the power felt in authentic self-expression, despite Eurocentric ideals of what's beautiful in America.

An outspoken critic in her own right, especially when it comes to Hollywood's glaring lack of casting diversity, Davis wasn't one to take Stanley's jab lying down. During a Sept. 25 appearance on The View, the Oscar-nominated actress noted how happy she was to play someone who wasn't "downtrodden," as opposed to her critically acclaimed role as Aibileen Clark in The Help. As the magnetic law professor on How to Get Away With Murder, Viola plays "sexy, mysterious and complicated" in a way that surprises the public and even herself. And this role has special resonance due to longstanding stereotypes about "ugly" black women.

"You hear it from the time you come out of the womb," she said on the show. "'Classically not beautiful" is a fancy term for saying ugly and denouncing you and erasing you. Now ... it worked when I was younger. It no longer works for me now."

For anyone who would ever dare describe a black woman as "less classically beautiful," Davis sent a powerful message: "At the end of the day, you define you."

In response, black women across the country have shared proud declarations of their natural beauty across social media, embodying Viola's message in order to challenge oppressive cultural beauty standards. In the process, these women have set out on a project of reclamation using the hashtag #LessClassicallyBeautiful. Here are just a few of these empowering messages: